The first camera modules for Google’s Project Ara modular smartphone have just been revealed by Toshiba. Details and video of the modules in action to follow right after the break.

If you haven’t been living under a rock, you would know that Project Ara is Google’s attempt at introducing a new concept to the way we use our phones, by building the device in a combination of blocks – or modules. These modules can be swapped for another, allowing users to upgrade their phone’s battery, processor, camera, or even attach health / fitness trackers. 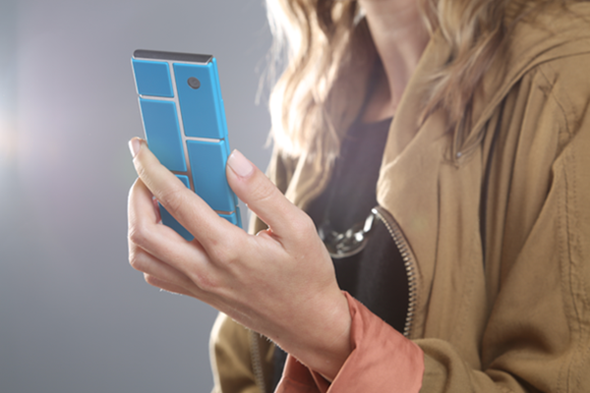 Toshiba has just revealed two prototypes of its camera modules for Project Ara; a 5-megapixel and a 13-megapixel one, and is housed in the plastic shell that can be slid into the phone’s predefined metallic endoskeleton. Toshiba is also working on a 2-megapixel front-facing camera unit for the modular phone but has not shown, or revealed it, just yet.

This would be the first time that Project Ara faces a choice of swappable camera modules for its ecosystem. In a video released by Toshiba, the 5-megapixel module is seen attached to a board hooked to a PC. We get to see the camera module in action as it captures and transmits live video feed of a color palette onto the screen in what looks to be an accurate color representation good enough for a 5-megapixel sensor. However, there are no photo samples or video clips to go by, but given the development phases, Toshiba has currently achieved the “basic phone functions” phase, with phase two being “up-to-date Features,” and a “unique module” being the third and last phase of the development. 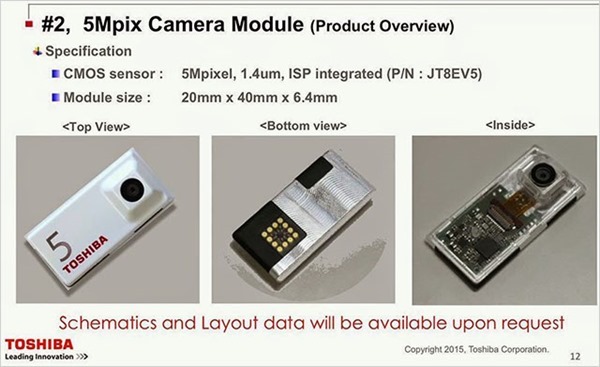 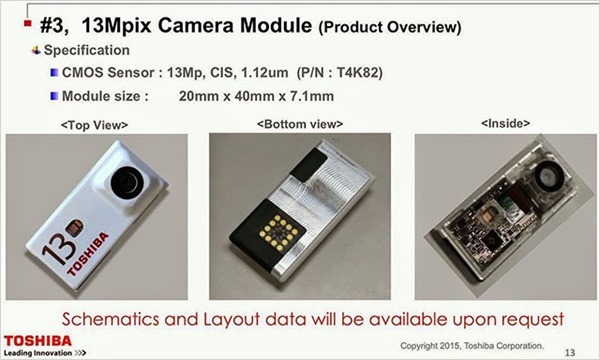 Toshiba expects to reach the third and final phase somewhere in 2016, hinting that Project Ara itself is far from becoming fit for the consumers anytime soon. Google is planning on launching a Project Ara pilot test program in Puerto Rico later this year so the results gathered and the responses generated will be interesting indeed. We know Google intends to make Project Ara an affordable one for the basic model at least, but as for the cost of these camera modules, Toshiba has not announced anything just yet.

Do you believe Project Ara will be an instant success when it hits shelves sometime in the future? Do share your thoughts with us.