There will always be people wanting to argue over which device is best. Is it the latest and greatest phone to come out of Apple’s Cupertino design labs, or Samsung’s newest Android-powered Galaxy S effort? It’s a discussion that has been going on ever since Samsung and Apple squared up to each other at the higher end of the smartphone market, and while there are obviously devices on sale from other hardware makers, it’s the two arch rivals that tend to capture the imaginations, and the wallets, of most customers.

So with Apple’s iPhone 6 hitting the market not too long ago, the inevitable question of whether it is indeed the better option when compared to Samsung’s Galaxy S5 was always going to be asked. Depending on whether you tend to align yourself with Androids or Apples, you’ll probably already have your own opinion on that subject. If you’re are on the fence though, two new videos have been published by YouTube channel PhoneBuff that might just be able to give you a little insight into which side you should choose. 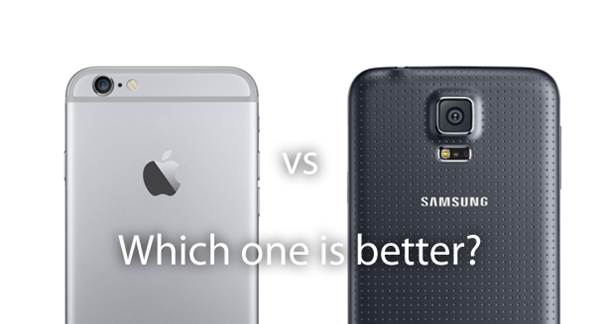 In order to present as balanced a view as possible, PhoneBuff has published one video extolling the virtues of the iPhone 6 and another preferring the Galaxy S5 across as many as 25 different different points. The titles of ’25 reasons why X is better than Y’ might not appeal to many and it’s arguable whether it’s the best turn of phrase for such a pair of videos, but the results are still worth watching regardless. If you’re undecided as to which flagship smartphone to buy this year then this is a decent place to start.

We’re big fans of both phones here at Redmond Pie, and both are indeed very good phones indeed. Competition from the likes of Sony’s Xperia Z3 and HTC’s One M8 shouldn’t be discounted either. If it really must be a Samsung or Apple phone though, you could do worse than either.

What do you make of the video? Do you think the points made by PhoneBuff in both the videos justified? Sound off in the comments section below!