It’s been three years since Steve Jobs’ untimely passing, and with Tim Cook having assumed the role as helmsman as the Apple co-founder’s health began to deteriorate, the current CEO has led the company on into a new era. But despite the success that Apple has enjoyed over the last three years, it’s bittersweet given that one of the key figures in the Mac maker’s illustrious history is no longer around to see it. In an email sent out to employees, Cook reflects on Jobs as a man, talks about some of his achievements, and the legacy that, as CEO, he continues to build upon. 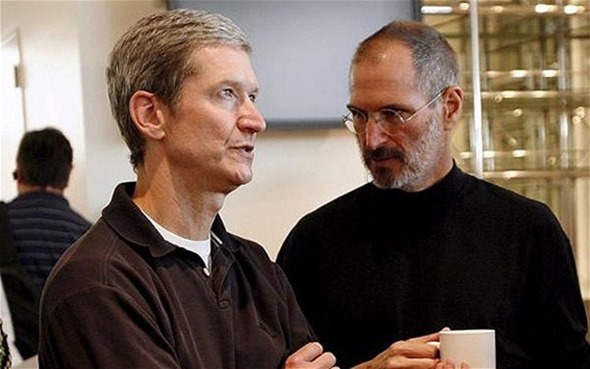 The email (via 9to5Mac) isn’t too lengthy, but gets the point across quite nicely:

Sunday will mark the third anniversary of Steve’s passing. I’m sure that many of you will be thinking of him on that day, as I know I will.

I hope you’ll take a moment to appreciate the many ways Steve made our world better. Children learn in new ways thanks to the products he dreamed up. The most creative people on earth use them to compose symphonies and pop songs, and write everything from novels to poetry to text messages. Steve’s life’s work produced the canvas on which artists now create masterpieces.

Steve’s vision extended far beyond the years he was alive, and the values on which he built Apple will always be with us. Many of the ideas and projects we’re working on today got started after he died, but his influence on them — and on all of us — is unmistakable.

Enjoy your weekend, and thanks for helping carry Steve’s legacy into the future.

There were ideas, designs and products that, during Jobs’ reign, mightn’t have seen the light of day. He never took to the idea of a smaller iPhone, and famously quipped that folks would not buy a big phone, something that rivals were only too quick to point out upon the release of the iPhone 6 and 6 Plus last month. But even after the big event in September, Cook noted that Jobs would be “proud” of what the company has achieved, and with innovations like Apple Watch also on the horizon, the team that Jobs left behind continues to go from strength to strength.

When Jobs died, there was a feeling that Apple could lose the magical spark that Jobs so clearly had. But along with the products he inspired, he also created a team capable of taking the company to the next level, and with record iPhone 6 sales and new products arriving on a regular basis, the Apple that Jobs so passionately inspired for decades looks in good stead to continue growing and evolving.