How To Hide Any App From iOS 8 Home Screen [Video]

Apple’s iOS 8 has brought with it some truly impressive new features as well as some that should probably have been there since day one. Unfortunately, it also brings with it an extra icon or two that belong to apps that most people don’t want on their home screen and, as we all know, if Apple wants us to use an app, there’s no deleting it. Ever.

Which is probably why we all have at least one folder with apps in it that we have no intention of using but simply can’t get rid of. We’re looking at you Health, Passbook and Compass. We’d probably put iBooks and Podcasts in that folder too, but we’re getting a little off point. 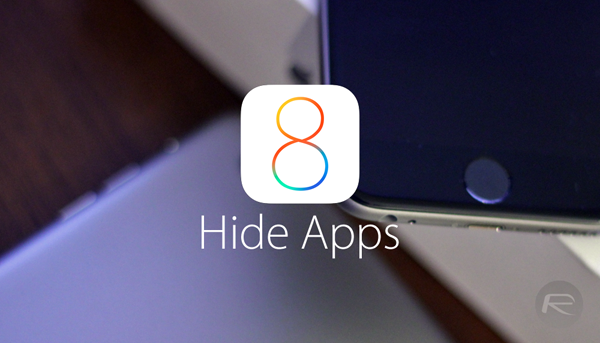 Jailbreak tools have existed for a good while now that allow the hiding of apps so that they don’t clutter up our home screens, but if you’re using iOS 8 or just don’t want to jailbreak then that’s no good to you. What we need is a way of hiding apps in a stock build of iOS 8, even if it’s more bug than feature.

Which brings us to a video that shows just that – an apparent bug that makes it possible to hide any unwanted app, at least temporarily.

The method is actually quite simple. Using the standard wiggly icon mode of the home screen, push the app you want rid of onto another icon on a full home screen and wait for iOS to try and create a new folder. Now, without lifting your finger, pull the app down to the dock area and let go. The app will disappear, never to be seen again. Well, until you restart your device, that is.

Check out the video below and see for yourself how the whole thing works, and trust us, it’s not difficult at all!

Importantly, the apps can still be launched by using Spotlight, so you’re good to go on that front, and the whole thing is reversible with a quick reboot. It may not be a proper solution, but it’s better than nothing if you really and absolutely must hide some apps.