If you are an owner of a jailbroken iPhone or iPod touch, and happen to be the kind of person who appreciates a rather useless, but nonetheless cool looking tweak, then the VolumeColour option could be right up your street. Cydia is packed to the rafters with packages that provide in-depth features and some that just provide minor modifications to iOS, VolumeColor will definitely fall into the latter category.

Having the ability to modify minor aspects of iOS is undoubtedly a good thing as it allows users the chance to customize their device and make their mobile experience unique to them. VolumeColor will no doubt prove to be quite popular for that very reason, and although functionality that it offers is minimal, it is nonetheless pretty fun and actually makes quite a significant difference to the OS visuals. 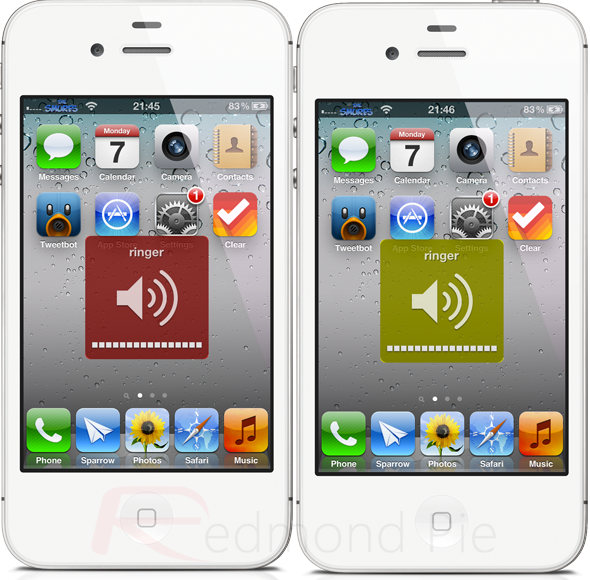 The only purpose of the package is to give users the ability to apply a color overlay on top of the heads-up display that appears on the screen whenever the hardware-based volume buttons are used on the jailbroken device. You would actually be quite surprised at how often the volume buttons are used, whether it is used to increase or decrease the ringing volume, or to change the sound effects when playing a game. Having the ability to amend the volume HUD is something that doesn’t really bring any tangible benefits, but does bring out the fun aspect of iOS.

After installation, VolumeColor doesn’t append the home screen with any additional icons but does come with its own simplistic preferences options through the native Settings app. As is the case with all good Cydia tweaks, the developer has implemented the ability to toggle the tweak on or off, and also added a large number of colors to apply to the volume HUD. One of the downsides of this particular tweak is the fact that it doesn’t apply itself to all volume-related HUDs, in particular the popup that shows when the device is switched mute. 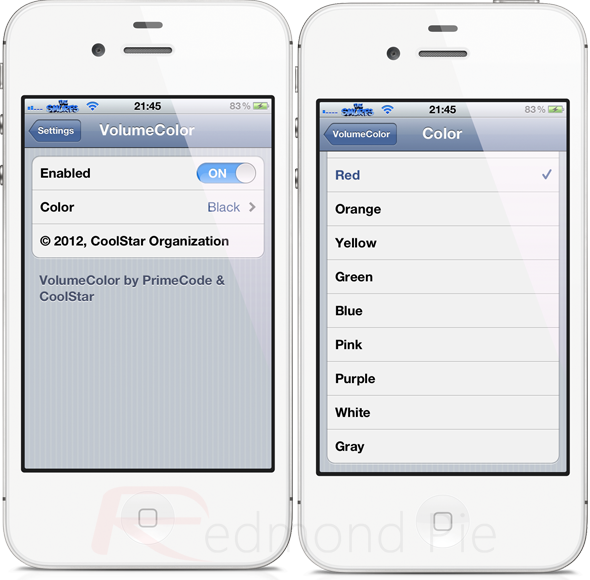 The VolumeColor tweak is available to users as a free of charge download from the BigBoss repository with no specific iOS requirements being mentioned by the development team.