Apple recently announced something that many people had wanted for a long time, and thanks to the iPhone SE and new iPad Pro, it went largely unnoticed. We are, of course, talking about the $199 Space Black Milanese Loop band for Apple Watch that, until last week, had only been available in silver. With a metal mesh design and a magnetic clasp, the Space Black Milanese Loop from Apple is a good-looking band, but it’s not cheap.

JETech’s alternative, currently priced at $23, is, and it looks almost as good as the original $199 from Apple. 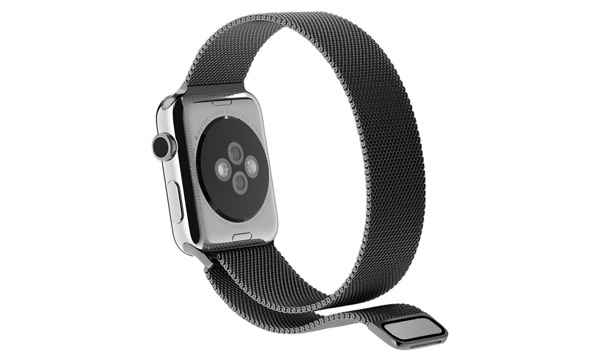 We’ve told you about third-party Apple Watch bands that closely resemble Apple’s own in the past, and some of us here actually wear these bands day-in, day-out. We also own some of original Apple’s bands as well, and while, yes, at times, you can tell the difference between a $199 band and one costing just over 10% of that price, but at such a low price, you can’t really go wrong with them.

In the case of JETech’s Space Black Milanese Loop – they offer silver and gold too – the band looks very close to the real thing from Apple. Yes the quality may not be as good as Apple’s, but at this price, that’s a tradeoff you can certainly learn to live with.

The fittings and clasp all work as you would expect on this JETech’s offering, and we’ve never had one come apart on us unexpectedly, which isn’t something we can say about some of the other third-party bands we have tested. One downside to this band, when compared to Apple’s, is the fact that this is essentially a silver band with black paint on. That, inevitably, leads to the possibility of that paint being removed over time and exposing the silver that lies beneath, in most cases though, that shouldn’t happen and you should be fine with it.

Again, this thing currently costs a fraction of what Apple’s band will set you back and you could treat them as disposable items given the $23 asking price. 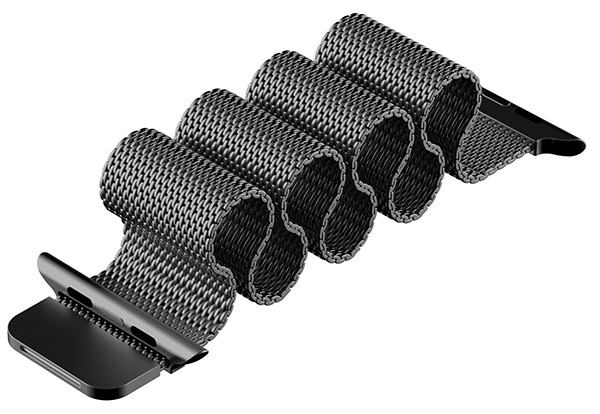