As expected, Apple has officially announced the highly anticipated 9.7-inch iPad Pro. Rather than go down the existing route of releasing the latest tablet as the “iPad Air 3”, Apple has chosen to continue the convergence of the iPad range under the “iPad Pro” naming convention. What we’re seeing here is a physical product that mixes the design inspiration of the iPad Air 2 with the features, internals and performance of the 12.9-inch iPad Pro. We’re going to jump right in and take a look at the details of what Apple has just announced. 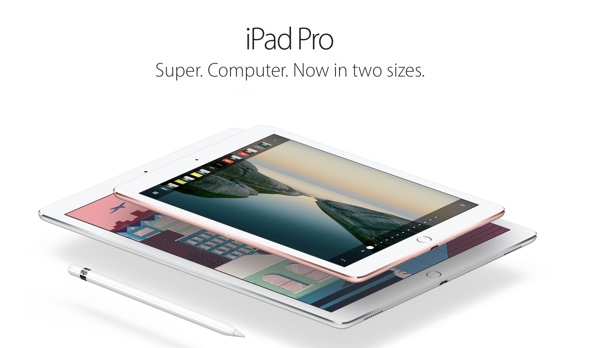 Display: It may be called the “iPad Pro”, but that doesn’t mean it comes with a 12.9-inch display. This new version is a 9.7-inch offering like the iPad Air 2, and ships with a Retina display bringing a 2048×1536 pixel resolution at 264ppi. The biggest difference between this and iPad Air 2’s display is in the updated display technology. As a result, 9.7-inch iPad Pro’s display is 25-percent brighter and 40-percent less reflective than the iPad Air 2’s display. In a first though, Apple has added a new technology to the tablet called “True Tone Display” which adjust the display’s color temperature based on the ambient light.

Design: The design of this latest iPad isn’t going to be remembered as an instance of Apple trying to reinvent the wheel or do anything revolutionary. The old saying of “if it isn’t broke, don’t fix it” really applies here with Apple pushing out a new iPad Pro that takes a lot of inspiration from the overall look and feel of the iPad Air 2. Like the iPad Air 2, the new iPad Pro comes in at just 6.1mm thick. 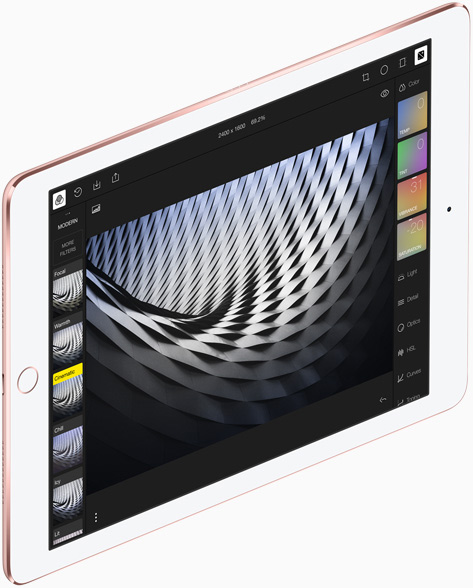 Processor/RAM: This one will please those consumers looking for a smaller, but highly capable iPad. The 9.7-inch iPad Pro ships with the same integrated A9X processor that breathes life into last year’s extremely powerful larger 12-9-inch iPad Pro model along with the M9 coprocessor. Additionally, in a similar fashion to the larger iPad Pro, there’s also an accompanying 4GB RAM that really provides this hardware with unrivaled performance. This internal setup has also paved the way for this new iPad to support the always-on “Hey, Siri” feature as well. 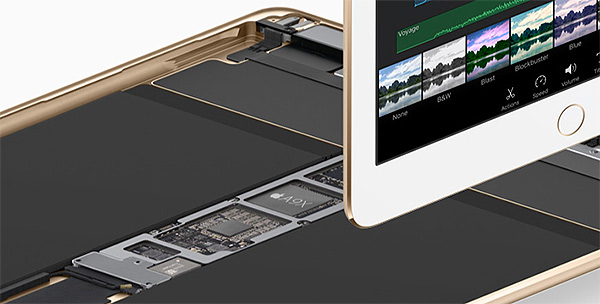 Apple Pencil: This is a feature that will be particularly exciting for iPad fans. The Apple Pencil has already been shown to be an extremely capable, and extremely fun piece of kit that appeals highly to design professionals, as well as those looking to do a little doodling on the iPad. Rather than having to spend a huge amount of money on the larger 12.9-inch iPad, Apple has made this latest iPad Pro compatible with its Pencil.

Smart Connector & Smart Keyboard: The Smart Connector has been garnering a lot of attention after being introduced with the original iPad Pro last year. As expected, this latest smaller iPad model ships with the same type of Smart Connector integration, and brings with it the ability for consumers to purchase and attach a new breed of “smart” accessories to the hardware, such as Apple’s Smart Keyboard, which is now also available in smaller form factor for 9.7-inch iPad Pro. 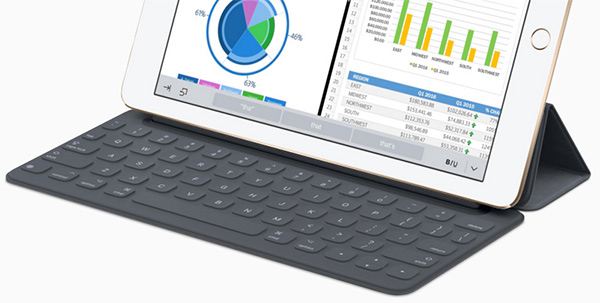 Camera: If you use your full-sized iPad as your main method of capturing photographs on a daily basis, then you probably need to reconsider the practicalities of that. If that type of setup works for you, then you’ll be pleased to know that this new 9.7-inch iPad Pro ships with a 12-megapixel camera offering from iPhone 6s compared to 8MP on 12.9-inch model, which is capable of shooting 4K video coupled with a True Tone Flash and Focus Pixels autofocus technology. Live Photos are supported, and so are 63MP panoramic shots. You even get the Retina Flash for selfie purposes. Ofcourse you also get Slo-Mo video recording in 720p at 240fps, and in 1080p at 120fps. As for front facing camera, the camera again is same from iPhone 6s with 5MP sensor compared to 1.2MP found in 12.9-inch iPad Pro. 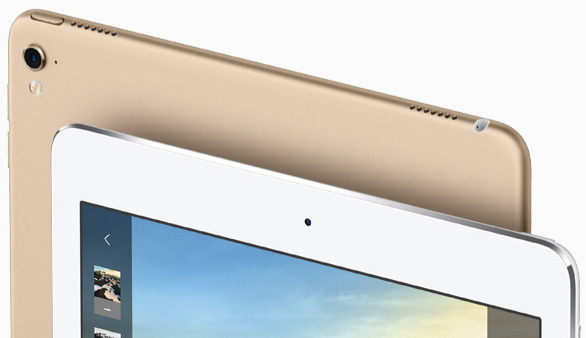 Speakers: The iPad is never going to be one of those uber portable devices that consumers use to consume music on the go. Apple has the iPhone and iPod touch for that. The iPad is mostly used for consuming movies, TV shows, and the likes, and therefore Apple has built this particular model with a 4 stereo speaker system that improves the overall sound quality offered by this iPad over the previous 9.7-inch models.

Colors: It seems that Apple has pretty much found the sweet spot when it comes to the external finish of its iOS devices. Once upon a time, it was simply the choice of the very mundane black or white. Now, Apple’s modern devices, which includes this latest 9.7-inch iPad Pro, ships in either Space Gray, Silver, Gold or Rose Gold finish. 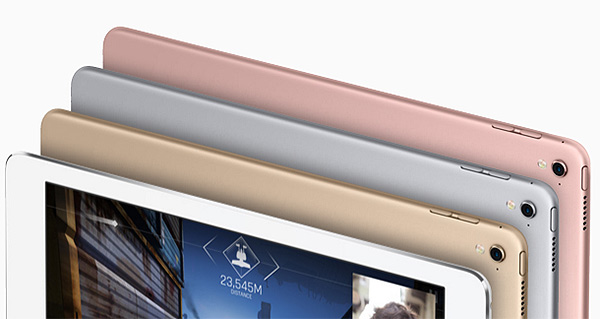 Accessories: Moving on from the Smart Keyboard and Apple Pencil, users will also be able to pair up a new Lightning-powered SD card reader and USB camera adapter to the 9.7-inch iPad Pro. 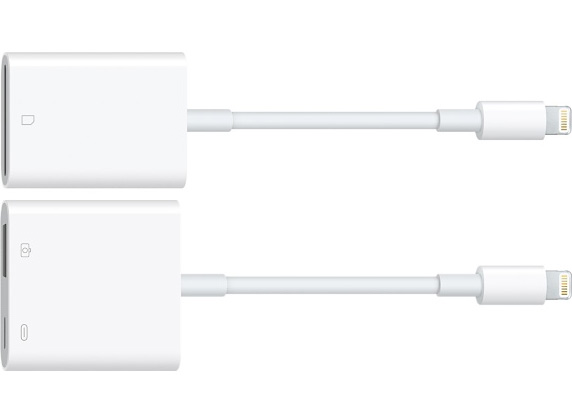