Apple’s Spring 2016 event has officially come to an end. It was a relatively fast-paced, and very short event in comparison to others that we’ve been privy to, but in that time Tim Cook and his accompanying executives managed to introduce pretty much everything that was expected. From start to finish, the whole event was wrapped up in 64 minutes, and covered the expected introduction of the iPhone SE, as well as the introduction of the new 9.7-inch iPad Pro, among other things. Some of those things though didn’t get too much stage time. One of those is 256GB storage option for 12-inch iPad Pro and price cut for iPad Air 2.

In addition to introducing the new 9.7-inch iPad Pro with 256GB storage option, Apple has also taken the opportunity to bolster the existing 12.9-inch iPad Pro lineup with the introduction of 256GB model. Previously, consumers looking to take advantage of the power and size that the maiden iPad Pro offered could only do so with a maximum internal storage capacity of 128GB. 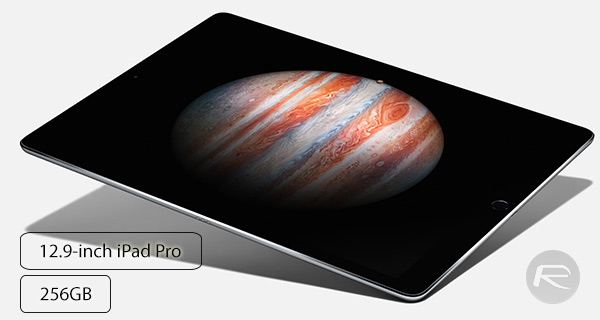 Apple has clearly defined a professional and educational market for a large-screen iPad with double the internal storage and has acted behind-the-scenes to introduce one with minimal fuss.

The newest introduction to the 12.9-inch family will still be available in Silver, Gold, and Space Gray color options, and will cost $1,099 for the 256GB Wi-Fi only model, and $1,229.00 for the 256GB model that serves up both Wi-Fi and cellular data. 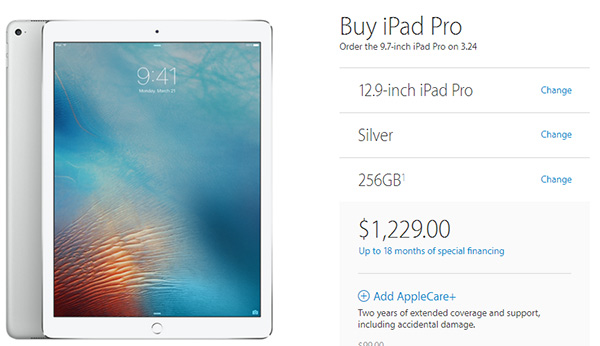 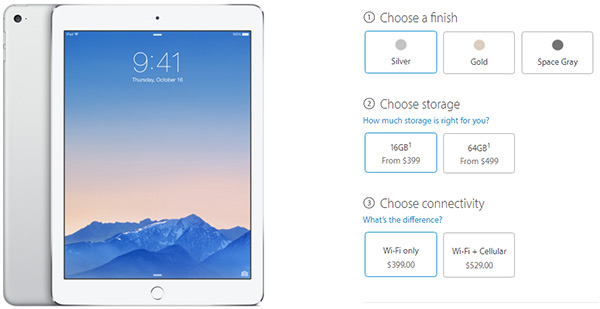 Consumers looking to get a great deal on a powerful tablet are now able to pick up the iPad Air 2 directly from Apple starting from $399. That gets them a 16GB entry-level Wi-Fi version in either Silver, Gold, or Space Gray. The 16GB WiFi + cellular model in the same color options will now start from $529. 64GB Wi-Fi iPad Air 2 now costs $499 while the 64GB with Wi-Fi + Cellular costs $629.

Interestingly, since iPad mini 4 didn’t get any price cut, it now has same price tag as iPad Air 2 for 32GB/64GB configurations.