When Apple added a flash to the iPhone 4’s already great camera, little did they know that they had just created one the world’s most desirable flashlight! 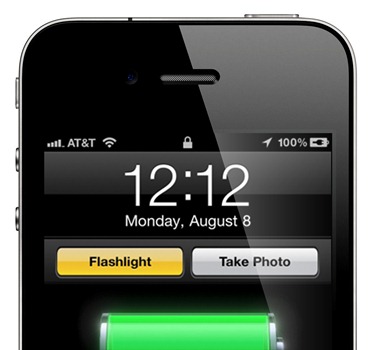 Unfortunately, actually using the LED flash as a flashlight requires a few steps, steps that become rather tiresome when all you want to do is be able to find your house key in that bunch of other keys which you’ve successfully managed to drop on the floor.

One particular jailbreak tweak aims to make the repurposing of the iPhone’s flash as a flashlight as easy as possible.

Enter, FlashCam. One installed via the jailbreak app store Cydia under the BigBoss repo, FlashCam adds two new buttons to your iPhone’s lockscreen — a button for turning on that bright lil’ LED flash which dwells behind your iPhone 4, and another button for launching the camera application of your choice.

Notice the wording there. The button doesn’t just launch the stock Camera app, but rather offers the choice of a few apps, with Camera+ and Instagram amongst the options, and even others which you might see as an alternative to the boring Camera app with limited features. 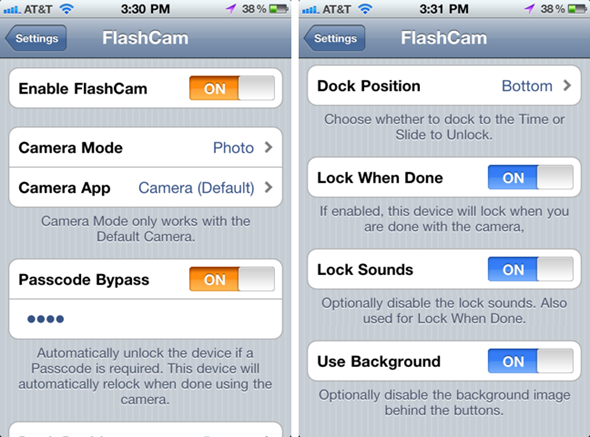 FlashCam’s options are configurable from the iPhone’s stock Settings app, with no new icons added to your homescreen, hence keeping things as simple as possible.

Adding quick access to the camera functions is something that even Apple recognizes as important. The yet-to-be released iOS 5 offers a similar functionality as well from the lockscreen. Due for release some time in September, iOS 5 will offer the user to launch the camera app directly from the lockscreen, saving you the trouble to navigate through your cluttered app pages and launch the Camera app from there.

If you just can’t wait for iOS 5, or for some crazy reason just don’t want to update, FlashCam fills the void right now, while also adding the luxury of an easily accessible flashlight, and guess what? Its available for the most reasonable price on the planet: Free.