Video Chat With Up To 12 Facebook Friends With Tinychat FB For iPhone, iPod touch And iPad [VIDEO]

Three days back, we reported on how Facebook video calling would be coming to the iPhone and Android very soon and, well, that “very soon” has arrived, sort of. 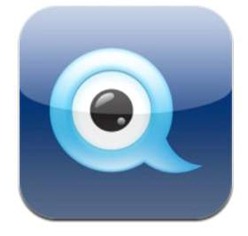 All things considered, this may not exactly be the official Facebook Video Chat app, but it is pretty darn close: Tinychat FB for iPhone, iPod touch and iPad lets you chat with up to 12 friends from your Facebook lists simultaneously for free!

Tinychat FB is an entirely web-based chat service that allows users to, well, chat over instant messages, voice calls or video calls. Because it is web-based, it means that it works on a wide variety of platforms as all you need is Adobe Flash installed. Their first iPhone app was released recently and it packs quite a punch! 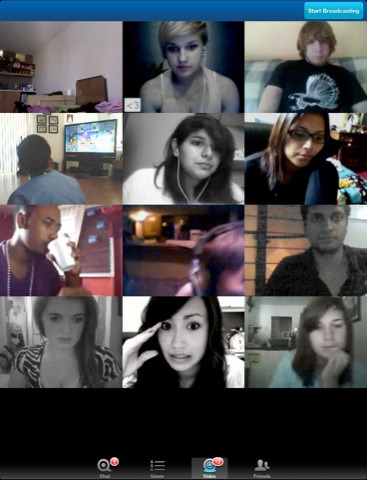 Tinychat FB, as we mentioned before, lets users video chat with up 12 friends from Facebook at, yes, the same time. Once you have downloaded and installed the app, you sign in with your Facebook account and invite friends for a video chat. The way invites are sent aren’t as annoying as Talkatone since your friend will only receive a message on FB chat asking them to open up a link where they can video chat with you.

As Tinychat FB is an entirely web-based service, it does not require the other person to have the app installed on their computer for the video call. This is the best bit about the Tinychat FB as other services like Fring, Skype etc. require end users to have their app installed.

Facebook is expected to launch their videocalling service on iPhone and Android very soon as digging deep inside the Facebook Messenger app has revealed. We think Tinychat FB, with its web-based interface and ability to let up to 12 people video chat at once, is more than adequate to last everyone till the official mobile video calling solution from Facebook come around.

Tinychat FB is a free app which is compatible with iPhone 3GS/4, iPod touch 3G/4G and iPad 1/2 running on iOS 4.3 and above. You may download it from the link embedded below.