This Jailbreak Tweak Adds Compass, Elevation And Speedometer To The Maps App On iPhone

The native Maps app that comes built into iOS is fairly powerful on its own, but over the last few weeks jailbreak developers have created plug-ins to enhance it: namely Speed for Maps and Compass For Maps, which added an on-screen speedometer and a compass to said app, respectively. 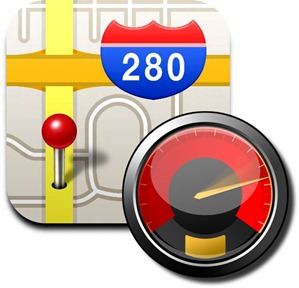 This new tweak, Dashboard for Maps, combines both of the aforementioned tweaks very elegantly, with the bonus of displaying elevation as well. Just like Speed for Maps and Compass for Maps, this tweak doesn’t add any icon to the homescreen. Instead, it simply displays the indicators, which are reminiscent of a car’s dashboard, right on top of the Maps app, as you can see from the screenshot below. 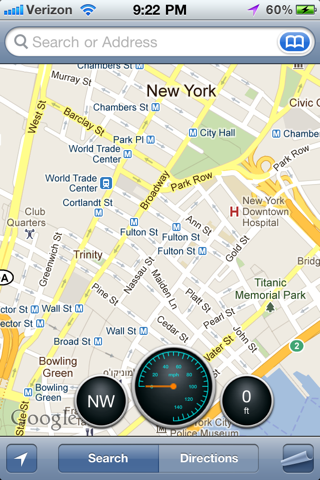 The indicators, as expected, change in real time, similar to what happens on similar tweaks. Yet, Dashboard for Maps also has a degree of user-friendliness that sets it apart from its predecessors. In order to temporarily hide the dashboard, users simply need to click on the Options button of the Maps app, located at the bottom-right corner, and select Hide Dashboard, as shown below. 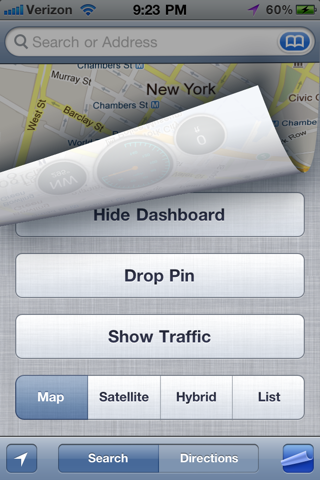 For additional tweaking, there are quite a few options as well and all of them can be accessed by navigation to a Dashboard for Maps‘ section on the Settings app. From there, users are able to disable the tweak altogether or change its behavior in several ways, ranging from choosing to use a simple speedometer instead of the analog one to adjusting the dashboard’s transparency. It’s also possible to choose which units should be displayed on the speedometer and the altimeter, which can come in handy for use those who might not be familiar with the US unit system.

If you’re looking for the best set of status indicators for the Maps app, spending $1 to buy this tweak might be worth it. Yet, since Dashboard for Maps makes use of GPS hardware, it’s not available on the iPad.

Dashboard for Maps is available from Cydia’s BigBoss repository.