We’re getting closer and closer to a stable Android port for the HP TouchPad – a webOS-based tablet which was discontinued less than two weeks ago. A new video has been released today which shows the HP TouchPad booting into CyanogenMod 7 which suggests that development of Android on HP TouchPad is coming along very nicely. 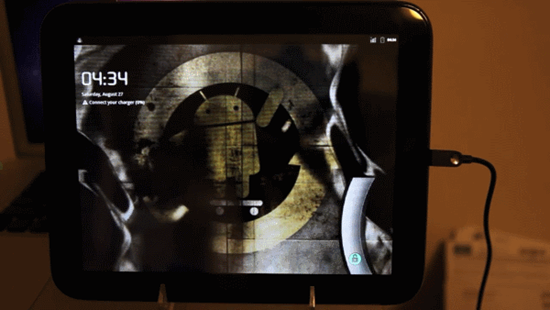 The source of the news is RootzWiki – an Android developer forum – which is now the home for Android-related development for the HP TouchPad: Developer dalingrin from the CyanogenMod Team posted a video of an HP TouchPad booting into the popular CyanogenMod 7 aftermarket firmware for Android.

As you can see in the video, nothing on the screen is formatted properly and even the touchscreen drivers don’t work. However, this build of CM7 is in a very alpha stage of development so these things are expected. Everything will improve as the developers continue their contributing to the project.

Here is some (older) touchpad progress from Friday. The Cyanogenmod team wanted to share it with the public as a blatant publicity stunt to bring attention to our need for a few more touchpads (for developers currently working without them).

As you can see from this quick demo, we’ve been working hard and have made progress. Since this video was created last week, the build has been more "tabletized" (tablet tweaks added, etc.), lvm support has been added, and 2d hardware acceleration should appear very soon.

This is all a part of the TouchDroid project, initiated by a group of four developers from RootzWiki forums. The project attempts to port over Android to the HP TouchPad wherein the first objective is to get Android 2.3 “Gingerbread” to the discontinued tablet and then, when it is released, bring over Android 4.0 “Ice Cream Sandwich”. It’s an ambitious project which, if successful, would make the HP TouchPad the cheapest and fastest Android tablet!

The developers have stated that they ultimately see Android and webOS co-existing on the TouchPad wherein users will be able to choose which OS they want to boot into:

Our ultimate vision is to create a *multiboot* solution where the end user will be able to boot into WebOS, Cyanogenmod, and/or other OSes. This appears to be very possible, and we have discussed several potential implementations with our new friends in the WebOS development community to make it easy for an end-user to set up.

The team behind the CM7 build has stated that they do not have an ETA (Estimated Time of Arrival) for the port. They are working as hard as they can and will release the ROM as soon as possible.