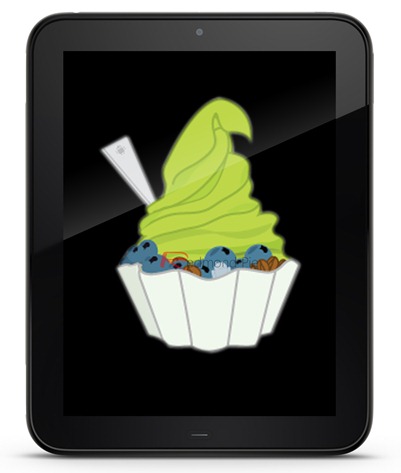 The video has been uploaded on YouTube by a user who goes by the name of msacra. It has a bit of a questionable backstory, which goes something along the lines of msacra’s coworker ordering a 32GB $99 HP TouchPad from Best Buy and, on receiving the tablet, it is found that – instead of webOS – Google’s Android OS is installed on it.

A coworker ordered his HP Touchpad for $99 from bestbuy, this is the 32g, when he got it, it came with android already on it, I just ordered mine, so if anyone knows how android go on it, please let me know.

It seems quite unlikely to us for HP to ship an TouchPad unit with Android on it. Perhaps it is a testing unit which HP may have used to see how Android runs on TouchPad’s very capable hardware, like they reportedly did with the iPad (webOS was found to be twice as fast on the iPad as compared to its performance on the TouchPad).

One comment on the YouTube video suggests that it may be a leaked device having a dev build of Android installed by Quirc. We looked around and couldn’t find anything related to Android/HP for the term Quirc. Do let us know if you find anything about it.

Our readers should know that a group of four developers have initiated the TouchDroid project. The project aims to bring Android 2.3 “Gingerbread” to the HP TouchPad with Android 4.0 “Ice Cream Sandwich” expected to be ported over when it arrives later this year. This technically would make the $99 HP TouchPad the cheapest and fastest Android tablet.

HP announced the discontinuation of all webOS-based smartphones and its only tablet – the TouchPad – on 19th August. The decision comes from all the negative press feedback and the absolutely dismal sales of the TouchPad.

There is a great chance that this might be fake. However, it is equally likely that this just might be real. The TouchPad packs Android-friendly hardware, which would make running Google’s mobile OS on it relatively easy. Here’s the video itself, it is quite shaky so don’t watch if you get nauseated easily:

We’ll inform of you of any updates regarding this story. The uploader has vowed to dump /system and post its results to the internet, which would definitely reveal more interesting information.

(via Android and Me)

UPDATE: Reader Ethan has let us know that it is actually Quic (Qualcomm Innovation Center). Qualcomm actually developed the Snapdragon S3 dual-core chip used in the TouchPad, so it is entirely possible that this may be testing device.