As we recover from yesterday’s complete demise of webOS, new information is reaching the public on how the company employees actually felt the about its products, more specifically the TouchPad, HP’s 9.7-inch webOS tablet. At least judging by this report, employees never felt too confident about the device’s hardware in the first place. 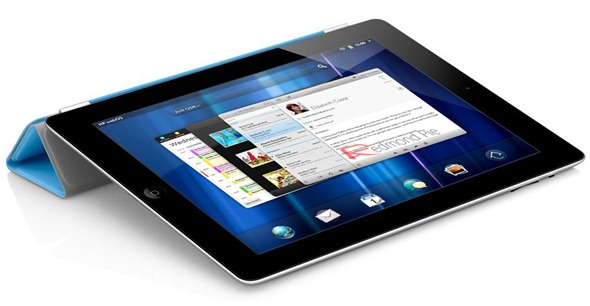 When a product is discontinued, information often tends to leak on possible reasons for its demise. An inside source at HP has confirmed that the HP TouchPad, which will now be phased out, had actually been built by HP long before it acquired Palm last year. Essentially, the TouchPad, which only became available earlier this year, is actually a 2-year-old device that Palm later tweaked to make it compatible with webOS.

Not surprisingly, its hardware is incredibly outdated, which can be problematic in today’s competitive landscape where most modern tablets feature dual-core processors and 1GB of RAM. To top it off, it now seems that the HP staff itself had attempted to run webOS on one of the TouchPad’s main competitors, the iPad 2, where it allegedly ran roughly twice as fast. Yet, instead of attempting to improve the hardware, HP management has allegedly stopped webOS developers to innovate past certain points in order to keep the system running relatively smoothly on the company’s hardware, which predictably resulted in a lackluster experience for users.

The demise of webOS hardware was a sad turn of event for those hoping Palm would come back from a decade of struggle, but given the circumstances, even the staff itself wanted the devices gone. As we speculated yesterday, HP will now look into licensing webOS out to third-party makers, such as HTC, in hopes of creating a compelling device capable of running webOS. Yet, if this effort fails, which it might given the system’s lack of user and developer appeal, as well as the little advantage it provides over competitors such as Android and iOS, the whole division might be on the chopping block sooner rather than later.

The move to end all webOS hardware was announced by HP yesterday at its quarterly results conference. This announcement is part of HP’s largest refocusing effort in a decade which will move it off building hardware, including traditional computers, and shift its focus to software services. As part of this process, the company is looking into spinning off its PC division completely.