Rumors of a new iPad, unofficially dubbed “iPad 3”, have been ongoing for several months now and just a couple of days back, the whole iPad 3 fiasco was dumped for good, for this year at least. Today, more sources are indeed confirming that we’ll see a new iPad early next year, in line with Apple’s previous release schedules.

While not much is yet known about the new device, one feature seems almost hard to argue against at this point: a high-resolution display. Currently, the iPad sports a 9.7-inch screen with a resolution of 1024×768. Allegedly, the next-generation iPad will have a resolution of 2048×1536 while maintaining the same display size. An increased resolution could be used to provide additional screen real estate or, more likely, to enable the crisper display of text and images.

The iPhone went through a similar change last year, with the introduction of the iPhone 4, which saw a major increase in resolution on the same size screen. This “feature” is marketed by Apple as “Retina Display”, since it aims at making every individual pixel indistinguishable to the naked eye, essentially causing the content viewed on the display to look like it’s printed on paper. In order to achieve this increase, developers were required to increase the size of all their graphics in their apps, which they have done. 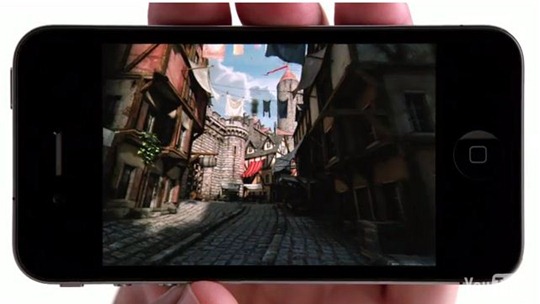 There have been a few impediments to bring a Retina Display to the iPad, namely the price of bringing such a high resolution to such a large screen, which could lead to an increase in the device’s asking price, which Apple is trying to avoid in order to remain competitive. A higher-resolution display would also require more processing power, which Apple is allegedly addressing it with its upcoming A6 processor, which will allegedly be quad-core. At the end of the day, such a high-resolution display on Apple’s tablet would set it ahead of any of its competitors in display quality, which could result in a higher market share.

Work is already under way, according to sources, with a limited number of parts being already built by suppliers for testing. Yet, it’s unlikely that we’ll ever see an iPad 3 this year, despite previous rumors. Instead, early 2012 sounds like a more feasible launch date, in line with the iPad’s traditional yearly release cycle. Who’s going to be the first to stand in line to get one?