Apple A6 Processor Goes Into Production; Being Manufactured By TSMC, Not Samsung [REPORT]

According to a new report published today, production of the next chip in the Ax series of SoCs by Apple have begun. The chips will be used in a new product in the first half of 2012. 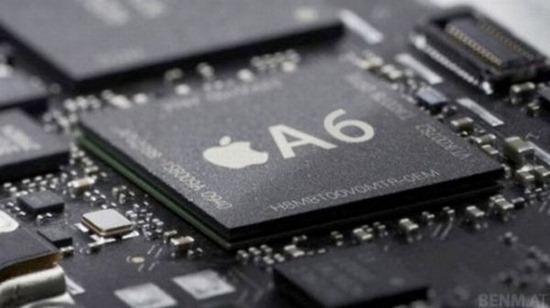 The news comes from Taiwanese news outlet Taiwan Economic News which cites sources from the industry which, in turn, claim that trial production of the Apple A6 chips has started. The product design will be, reportedly, finalized in the first quarter of 2012 while it will be publicly unveiled – we expect – with the iPad 3 in first half of 2012.

Apple A6 chips will be produced by Taiwan Semiconductor Manufacturing Co. as Apple Inc. seems to be moving away from Samsung Mobile – a rival company with which Apple has been fighting with in court over copyright infringements.

Taiwan Semiconductor Manufacturing Co., Ltd. (TSMC), the world’s largest semiconductor foundry by market shares now, has allegedly started trial production of the A6 processor in cooperation with Apple Inc., with the production design to be taped out in the first quarter of next year and scheduled to be publicly unveiled in the second quarter at the earliest, according to industry sources.

In fact, the sources said, TSMC has been capable of handling processor production for Apple, but didn’t build the business ties with the customer in the past due mainly to limited production lines, which were almost fully booked by existing customers, including Nvidia and Qualcomm. But, the industry has been experiencing a depression, making TSMC stand the chance to collaborate with Apple on processor production this year.

We previously reported back in June that the A6 chip won’t be manufactured by Samsung Electronics which manufactured the Apple A4 and A5, news which has been reaffirmed today from a separate source.

The Apple A6 chip will be used in the next next-generation iPhone, iPod touch and the iPad 3. It will reportedly be based on a 28nm process with 3D stacking technology . Other details about the A6 aren’t available yet, but we expect it to either be a faster clocked version of the dual-core A5 chip with more efficient architecture or, who knows, it just might pack a quad-core processor as NVidia/Qualcomm plan to introduce quad-core chips to Android smartphones / tablets by late 2012/early 2013!