When the iPhone first came out, it was the first ever mainstream device of its kind to be powered by a multi-touch display. Before then, people would use a pen, otherwise known as a Stylus, in order to interact with mobile devices.

Thankfully, if you still prefer a stylus on your iOS device, you can use JAVOedge. Sure, there have been other styluses for years, but none is as small and easy to carry as this one. 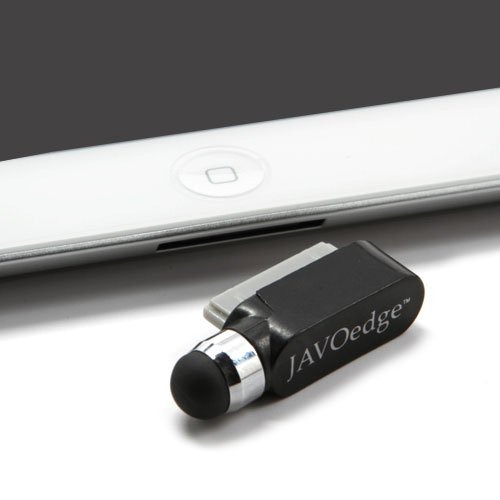 As you can tell from the image above, the JAVOedge stands out for being smaller than any other styluses out there: indeed, it’s really small, only roughly 1.4 inches long. Unlike similar products that attempt to simulate a pen, this one seems to aim at emulating a small piece of chalk, or an extremely worn out pencil. While it’s officially an iPad 2 accessory, it has shown to work just fine on any other iOS device on the face of the earth, namely the iPod touch and the iPhone.

This won’t only bring you back to your elementary school days, it will also make it easier to carry around. While other styluses often require a specific case and will take up an unfair amount of space, the JAVOedge will simply plug into your device’s dock connector without interfering with the device’s regular operation, unless when it comes to charging, of course. If you like to write on your multi-touch iOS device, you can simply use the JAVOedge whenever you need to and easily put it away when you don’t. The major shortcoming of the JAVOedge is; it won’t fit properly onto an iDevice if you have a skin around it, even the official Bumper from Apple itself. 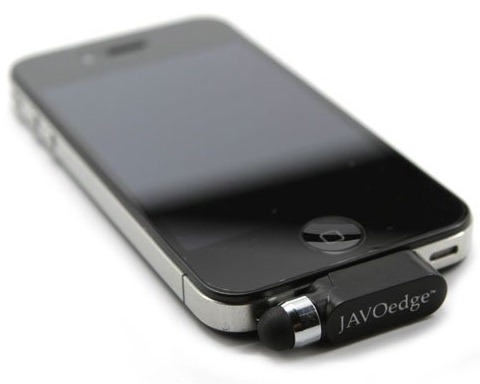 Should you stop using your finger altogether. Most likely, not at all, since the JAVOedge has its strong shortcomings. For one, have you ever tried writing with a really short pencil? This product feels just like it: drawing may be difficult, and your hand will actually get in the way of looking at your own work. Moreover, there have been reports that this stylus won’t work unless its held in the correct angle, which can also be a problem. 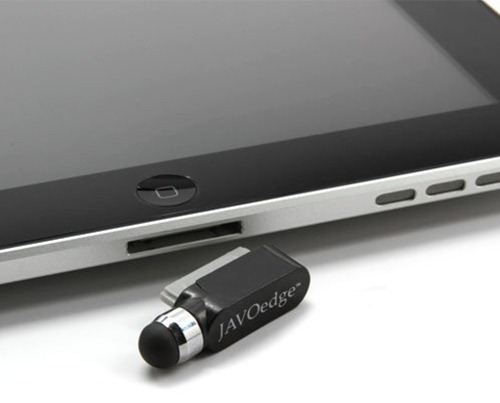 The JAVOedge will set you back $10 on Amazon, which is cheaper than other similar products. There’s also a white version available for the same price. For such a low price, there really isn’t much to lose, is there?