HP Takes The Heat, Kills Off The TouchPad And Every Other webOS Hardware!

How do you know when a product is about to fail? Its sales are sluggish, the press is reluctant to cover it and the product’s price is magically slashed. For any fans of HP’s webOS devices, too bad, those three things have just happened and HP has officially announced it plans to discontinue its line of webOS devices. 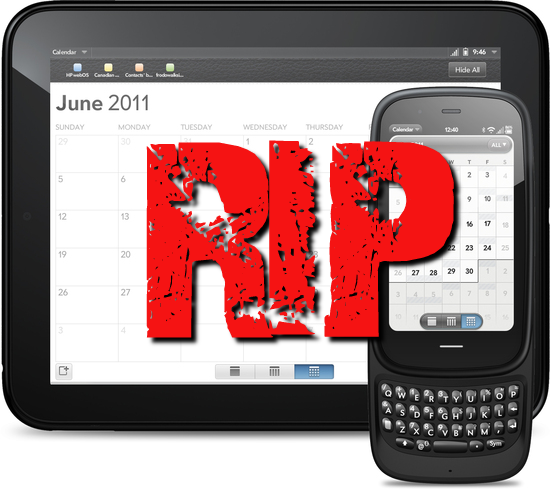 In a press release leading up to the company’s Q3 results conference, HP is making it crystal clear that it’s phasing out its whole webOS product line, comprised of the TouchPad, the Veer, the Pixi and the Pre, and will look into other options for the future of the platform:

HP also reported that it plans to announce that its board of directors has authorized the exploration of strategic alternatives for its Personal Systems Group (PSG). HP will consider a broad range of options that may include, among others, a full or partial separation of PSG from HP through a spin-off or other transaction.

webOS, introduced in 2009 in hopes to bring Palm back to profitability, is a rather unique operating system that ran on a new line of smartphones, and later tablets, aimed directly at competing with others in the same space, yet both the software and the hardware were quickly overshadowed by the two dominant players in this business: Android and iOS. One year later, Palm was sold to Hewlett-Packard, which still owns the company today, yet its performance hasn’t improved despite the introduction of new devices.

It’s unclear where HP plans to take webOS now given that it has just announced that Palm’s full product line is on the chopping block, but perhaps there’s some hope for the platform. Over the last year, HP showed enthusiasm in bringing webOS to traditional computers, even going as far as discontinuing Windows-powered computers altogether. While that is very unlikely to happen, we might see different webOS-based hardware instead of the before mentioned ones.

More likely, however, is the possibility that HP might simply attempt rely on partners to build webOS devices, much like Google does. Licensing could indeed work, although those partners would need a good reason to prefer webOS over Android, and based on its feature set and developer appeal today, we might not see much good news on that front.

There’s not yet word on when all webOS devices will be pulled off the shelves, but it will likely happen sooner rather than later.