This Apple Keyboard and Magic Trackpad has a MacBook Air Trapped Inside !

The guy behind The MacBook Air Project site has managed to fit a fully working Mac (MacBook Air to be more precise) under a combination of Apple Wireless Keyboard and the newly released Magic Trackpad. It is one single piece which you can connect to any monitor to enjoy full Mac OS X experience. Amazing isn’t it? It features: 1.6 Ghz Core 2 Duo processor, 2GB of RAM, and 80GB of HDD. He did this because he believed that it “will be used much beyond internet / email….maybe as an Apple TV replacement”.

And the reason why he chose MacBook Air over other models:

As a component they are more expensive to get at but more importantly it’s about space. The nice thing about the MacBook Air’s motherboard is how narrow it is. The other MacBooks have small motherboards too but they spread out at the connector end. This still makes them narrow enough to fit under a standard keyboard but that loses favor as it means you can’t get the keyboard (a desktop keyboard that is) low enough to be ergonomically comfortable 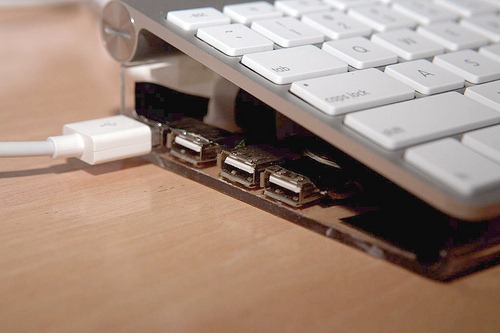 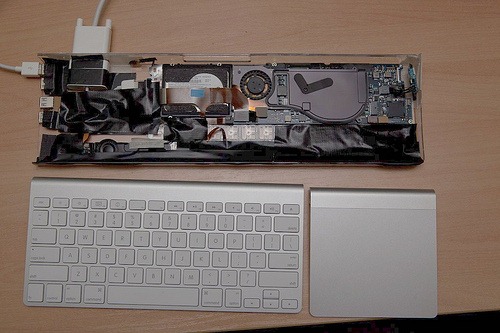