Readers who gave iOS 5’s Beta versions a try on their iPad will know that it allows users to split their keyboard into two parts for more comfortable typing, yet, if you still have issues with that because of the larger screen, you can always use your iPhone as a keyboard. How so? With a new app called External Keyboard for iOS devices. 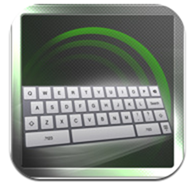 The app works by connecting a user’s iPhone/iPod touch to their iPad. This connection is formed over Bluetooth or Wi-Fi. The greatest advantage that this app provides is how the many languages available only on the iPhone/iPod like Greek, Arabic, Portuguese etc. can be used on the iPad.

It’s a universal app, so in order to get it working you will obviously need to install it on your iPad as well as your iPhone.

From the iTunes App Store:

Finally!
Now you can use your iPhone/iPod keyboard as an EXTERNAL keyboard for the iPad

Did you know that in the iPad you can only select from a few languages in the hardware keyboard layout?

With our application you will be able to use your iPhone/iPod as a keyboard for your iPad! That obviously includes ALL of the native keyboards of the iPhone/iPod, such as Arabic, Greek, Thai, Hebrew and more…

The app also has its fair share of limitations which makes it quite hard to sell. Limitations, like, the fact that it only works when the app is open on both the iPhone and the iPad.

On the iPad, it acts like a web browser so you can type on your iPhone and surf on your iPad. 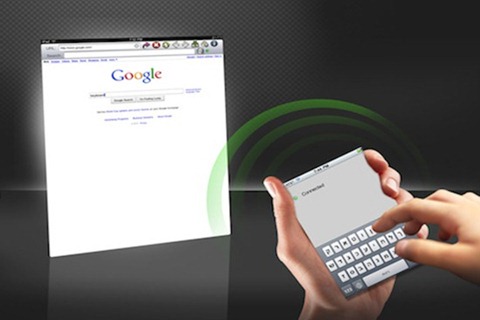 Similarly, you may use it to write emails. But, unfortunately, the text that you have written from the iPhone then has to be opened up in the Mail.app on the iPad and the rest of the details; who to send the email to etc. has to be completed on the iPad.

This is all thanks to the closed nature of iOS, which doesn’t allow apps as many privileges as Google’s open-source Android operating system does.

Things are made even worse when you realize that the app costs $0.99 for the limited functionality that it provides. 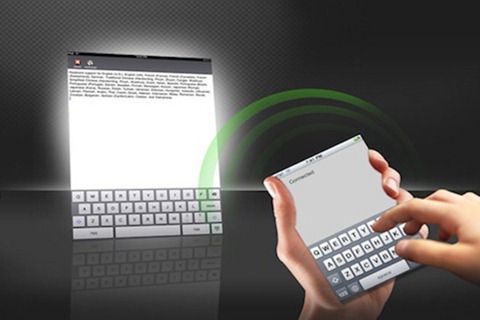 So why even bother? Apparently, there is a market for an app like this. A very limited market, but a market nonetheless.