One of Android’s greatest features is just how much customizable it is. This feature can be taken both as an advantage or as a disadvantage, but most platform-agnostic folks will agree to the fact that that the joy you get out of testing different ROMs on Android is unmatched by any other mobile OS in the market today. 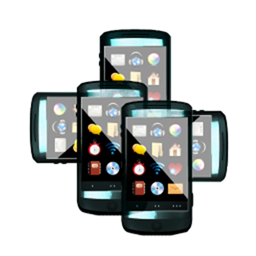 The app we’re talking about today is made for flashaholics – folks who like to try out new ROMs on their phone frequently: it’s called BootManager and it lets users install multiple ROMs on their Android smartphone which they can choose from at boot-up i.e. you don’t have to flash and reflash every time you want to try a new ROM.

BootManager is really something we expect to become one of those apps that every Android enthusiast has installed on their phone. It lets you install up to five ROMs on your phone; four on your SD card and one which is currently in use. 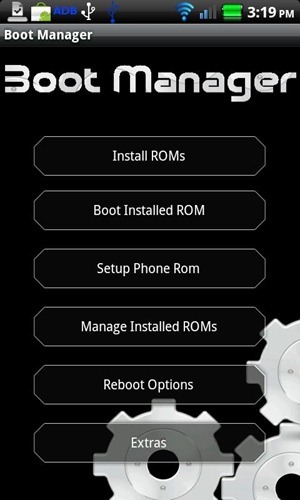 Boot Manager is the first Android Multi-Booter Application! The application installs up to four ROMs to your sdcard and you can keep one on your phone as well to allow you to boot up to five ROMs and switch between them with just a reboot. This is the must have application for any flashaholic and will finally allow you to keep up with those nightly builds we have all come to love or just boot your favorite ROMs from your favorite developers. The application is great for developers as well since you now have 5 slots for testing ROMs.

As with all flashing business, you will require a rooted phone. If you haven’t rooted yet, you may learn how to do so by performing a simple search on Google/Bing.

Before you begin messing around, you must make backup(s) of your current ROM so you don’t end up helpless if anything goes wrong. You may then download the ROMs to your SD-card that you want to install.

Once you’ve done that, download and install BootManager (link embedded at the end) and then follow the on-screen instructions. 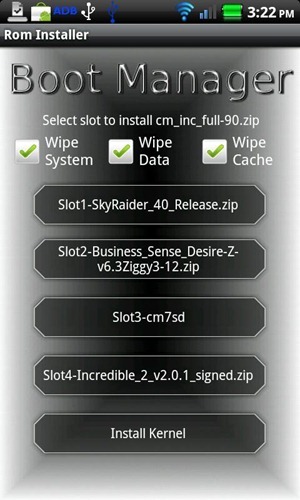 Not every phone is supported yet. Currently, BootManager is only officially supported on the original Motorola Droid and the following HTC smartphones: Droid Incredible, Thunderbolt, Vision, EVO 4G, Inspire 4G, Desire and Desire HD.

If you’re up for it, BootManager can be purchased for $2.99 from the link below.