This App For Android Reveals WhatsApp Chats From Other Devices On The Same WiFi Network, Uncovers An Epic Security Fail

With Android malware circulating at an alarming rate, at least we can count on the most popular legitimate apps to protect our security and privacy. Or can we? Root-only app WhatsAppSniffer does exactly as its name implies, and can easily snoop a conversation using the popular WhatsApp instant messaging service, providing it is connected to the same Wi-Fi as the device in question.

As far as third-party chat apps go, WhatsApp is the pick of the bunch. Offering free cross-platform chatter to those running iOS, Android, Blackberry and more, it has become a popular choice for those looking to save on their SMS allowance, and as well as text, video, images and sounds clips can easily be sent as long as an internet connection is present.

As a user of WhatsApp, I can see why it’s so popular. It’s quick, rarely snags, and does the job asked of it with distinction. However, all chats are sent in plaintext, which means anybody on your Wi-Fi network can pull your text, pictures and videos with ease using an app like WhatsAppSniffer.

Unveiled in a report by AndroidPolice, WhatsAppSniffer is essentially a packet sniffer, but in all honesty, the effortlessness in which WhatsApp chats can be plucked from unsuspecting victims is more than a cause for concern. In fact, you’d probably be better off using a foghorn and shouting your messages to the recipient – at least then you wouldn’t run the risk of an app automatically logging every minor detail of your private conversation. 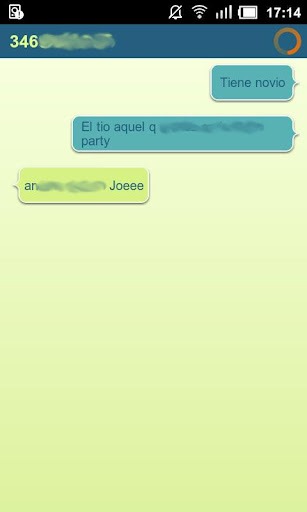 The best part about the whole debacle, is that the WhatsApp team is in full knowledge of the problem for the best part of a year, but has sat idly by as the security of its users remains under threat. Tech blogs have been reporting on it since May of last year, and even a reminder last December from Packet Storm hasn’t been enough to spring WhatsApp into some sort of action. 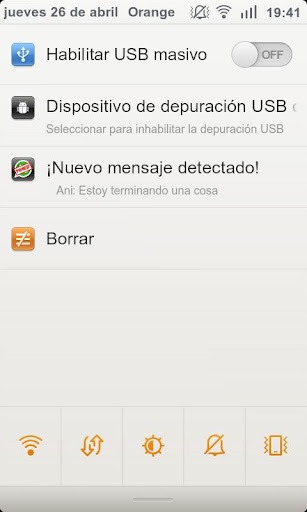 So, those running WhatsApp on a rooted Android device are welcome to download WhatsAppSniffer and try it out – it might make you think twice about using the app in future. Although Blackberry has been hung out to dry just recently, Blackberry uses its own servers instead of WhatsApp’s, meaning Blackberry WhatsApp messages cannot actually be traced. However, those running iOS or Symbian will be bemused to discover their chats are open to anyone and everyone, and although there’s no word on whether Windows Phone chats can be logged in this way, there’s still likely to be a backlash on all fronts. 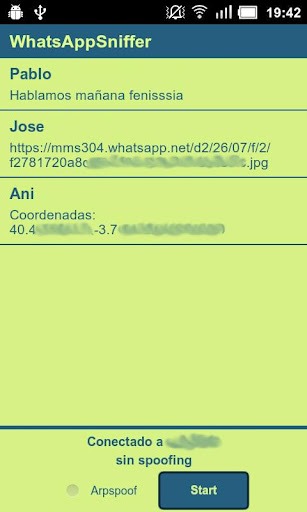