The Windows 8 umbrella of products are definitely promising, but one thing that has been quite clearly lacking thus far is number and selection of apps. The interface itself is generally lauded by those using it, but apps have been a nagging issue, and as the world still waits for a Windows 8 Facebook app, one third-party developer has given a little false-hope, if you will. Windows 8 and Windows RT owners have been pining for official Facebook support, and while neither Microsoft nor Facebook seem to be offering any straight answers, an app entitled "Facebook" made an impromptu entry to the Windows Store today. Unfortunately, despite looking every bit the real deal, it has turned out to be the brainchild of Pearl Apps LLC.

In the description of the app, which is entitled "Facebook," the company states it is "not the official Facebook App,"and that Pearl "are not affiliated with Facebook in any way." The news is sure to disappoint the many still waiting for this elusive app to materialize, and you would have thought that with Facebook now boasting a billion users, both the social network and Redmond company would have sorted this out to be ready from the get-go. Both companies stand to benefit from a Windows 8 Facebook app, but so far, each seems to be passing the buck of responsibility onto the other. 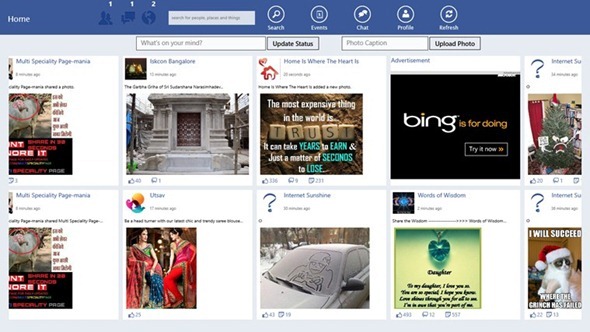 The Pearl incarnation of Facebook for Windows 8 meanwhile, isn’t actually that bad, and allows you to do the normal Facebook things like scan through your news feed and comment on posts. Unfortunately, it does rip the official Facebook logos, and despite the disclaimer, could quickly be taken down if Zuck’s company sees it as a violation. The move to take down a reasonably functional alternative will likely leave a sour taste with consumers who, perhaps rightly, would have presumed a Facebook app for Windows 8 to have released by now, and the implications this period of uncertainty could have on Windows 8 moving forward, should not be overlooked. 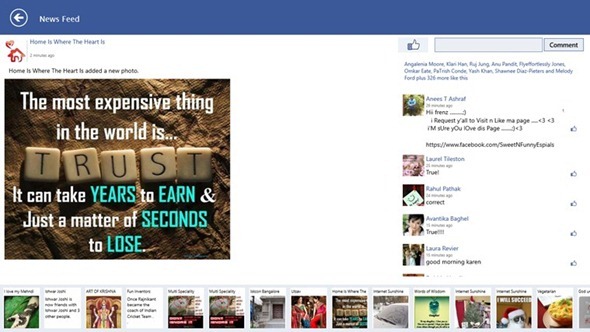 I’m more than a little surprised this app was allowed to pass Microsoft’s moderation / approval process, but with a decent rating and no sign of an official app on the horizon, you should probably take the opportunity to download it!

(Source: Facebook (Unofficial) for Windows 8 on Windows Store) (via Neowin)