Apple‘s long history spans almost 44 years and in that time, there have been some amazing feats of engineering and advertising. But finding a lot of it isn’t easy. Or it wasn’t, until now. Welcome to the Unofficial Apple Archive and Sam Henri Gold, it’s creator.

The idea behind the archive is simple. It’s there to give Apple fans a way to see how the company has changed over the last 44 years and enjoy some of the biggest highlights that have come along.

Gold spoke with 9to5Mac about the project, and why it game about.

“The whole project began for me when the EveryAppleAds YouTube channel was taken down in April 2017,” Sam says. “I was away in Massachusetts at the time, so I just started by going on YouTube and typing in “apple commercial 1976,” downloading whatever I could, and stuffing the videos in an iCloud Drive folder. I only had a hundred or so videos when I started up a YouTube channel. I think it remained up for a whopping six days before my channel was abruptly removed without a trace. Had it remained up on YouTube, I think I would’ve neglected the archive a lot more than I have.”

But while the issue was finding somewhere to put all the videos, often because of copyright claims. It isn’t about piracy for Gold. It’s all about making sure everything remains available at a time where digital media, apps, games, and more are just disappearing into the void. Without this archive, we wouldn’t be able to enjoy some of these ads, some of the music that accompanied them, and the feelings they bring back.

And as you might expect, none of this was easy to collate. And the sheer amount of data is staggering.

The full collection spans over 15,000 files and just under 1TB of data. PDFs, print ads, WWDC sessions, obscure clips from the ‘80s, and an unabridged collection of macOS and iOS wallpapers are among the additions still on the way. New content will be announced on Twitter. 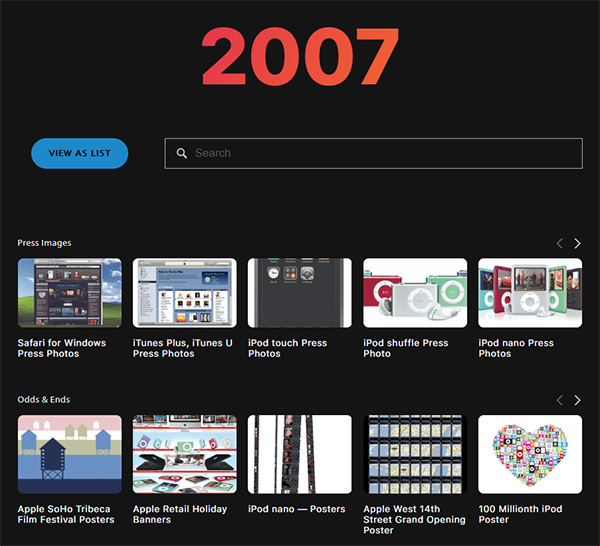 If you are old enough to remember some of this media from the first time around, even when Apple was dragging itself out of the late 1990s mess it was in, this archive is pure gold. Grab a coffee, sit back, and enjoy. It’ll be the best thing you do this week. You can visit The Unofficial Apple Archive at applearchive.org.