The iPad is quickly staking its claim as one of the most capable gaming devices on the market. With quad-core graphics and an A6X processor, it already has the PS Vita in its pocket in the graphic performance benchmarks, but whilst titles are becoming more realistic and gameplay is improving year on year, the iPad itself isn’t getting any easier to hold.

In fact, some games can be downright awkward to play, and with the tablet also being quite heavy, hands, fingers and wrists can quickly become painful. Along with running the risk of developing repetitive strain injury, this discomfort can sap a great deal of the fun out of killing zombies with a car or slicing fruit with a three-foot sword, but the KOLOS Gaming Wheel puts an end to all that. 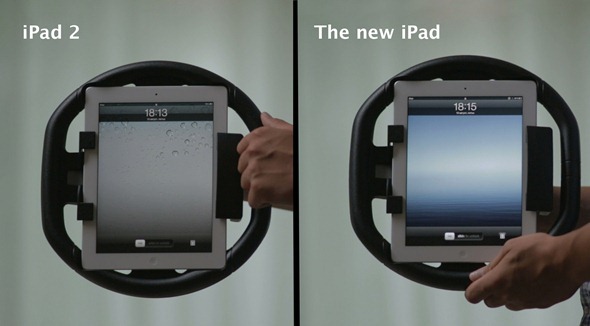 The Kickstarter project looks like a traditional steering wheel of a car, but it offers a great deal more than that. You attach your iPad within the wheel using a couple of simple but robust clamps, and away you go. Any title involving the tilting or rotating can now be done holding a wheel – which is a great deal more natural than holding a tablet, and not only does this protect you from damaging those little muscles and ligaments in your hands, but it means you will perform much better. 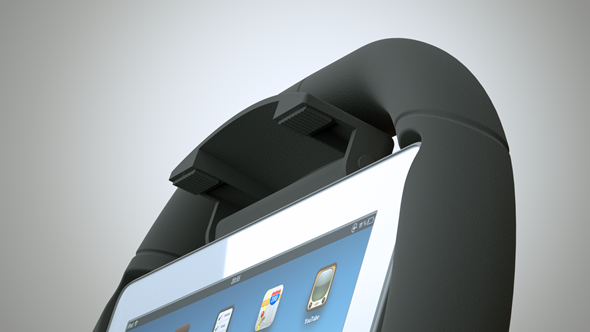 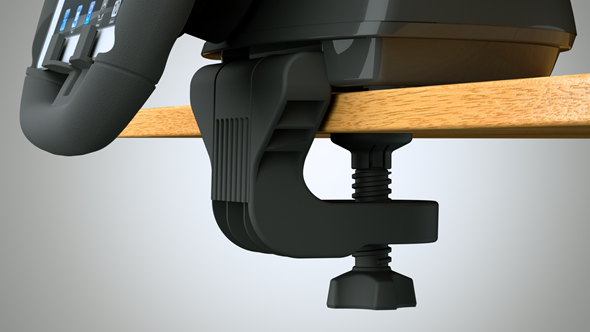 Just because the KOLOS Gaming Wheel isn’t – strictly speaking – a steering wheel per se, that doesn’t mean you cannot use it as one, and by attaching to a table using a separate contraption, you can enjoy the likes of Real Racing and Sonic-All Star Racing as if you were actually behind the wheel. When you’re not playing a racer, the steering wheel stand doubles up as an all-purpose iPad holder, so you can use both hands to enjoy your titles – or even use apps – without the need to actually hold your iPad. 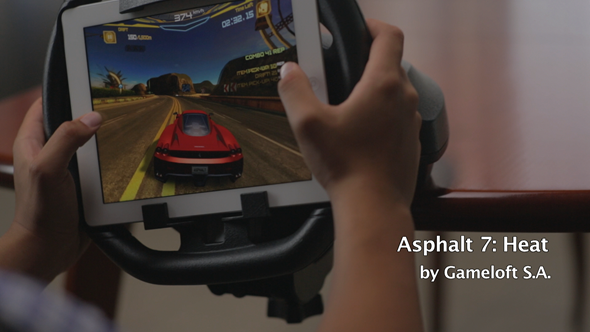 Its makers are currently looking to raise $150,000 to bring the accessory to market, and have placed it on Indiegogo (Kickstarter incarnate) in an attempt to reach that goal. It supports the iPad 2, iPad 3, and iPad 4, and if you want to see the Gaming Wheel hit the market, make your pledge ($50 gets you one Wheel) by donating to the cause here.