Ever since Apple first brought the iPhone and iPod touch to market five years ago, we’ve seen a very quick shift in how we go about gaming on the move. Throughout the early 2000’s, the battle between the likes of the Nintendo’s DS and the PlayStation Portable (PSP) was as fierce as those devices which had preceded it, but the smartphone and tablet revolution has rendered such standalone gaming machines largely redundant. A GPU performance test carried out by AnandTech indicates just how much the face of the market has changed, with the portable gaming’s most powerful offering – the PS Vita – now out-gunned by Apple’s iPad 4 in terms of graphics power.

While the likes of SEGA have ported many a classic through to the App and Google Play Stores over the past couple of years, Nintendo and Sony have stuck faithfully by their handheld consoles, and whilst both now offer additional functionality besides pure gaming, it’s becoming increasingly clear that consumers can get most of what they need on a tablet or smartphone – and a helluva lot more too boot.

The Vita’s trump card has always been its power. I’ve sat here and read through a hundred opinions on why devices like the PlayStation Vita are approaching obsoletion, but when faced with a wave of criticism, Sony has always talked of how the "true" gamers like these handhelds because they offer an unrivalled, console-esque experience. Two or three years ago, this might have been true, but with games like Infinity Blade arriving as early as 2010, you always sensed the fallacy of perceived "power" would only get the likes of the Vita so far.

Anand Lal Shimpi’s hardware benchmark tests of the iPad 4 proved pretty damning. Not only did it outstrip every other smartphone and tablet in nearly every graphics test it was put through, but it also nudges its way past a handful of known benchmarks of Sony’s PlayStation Vita. 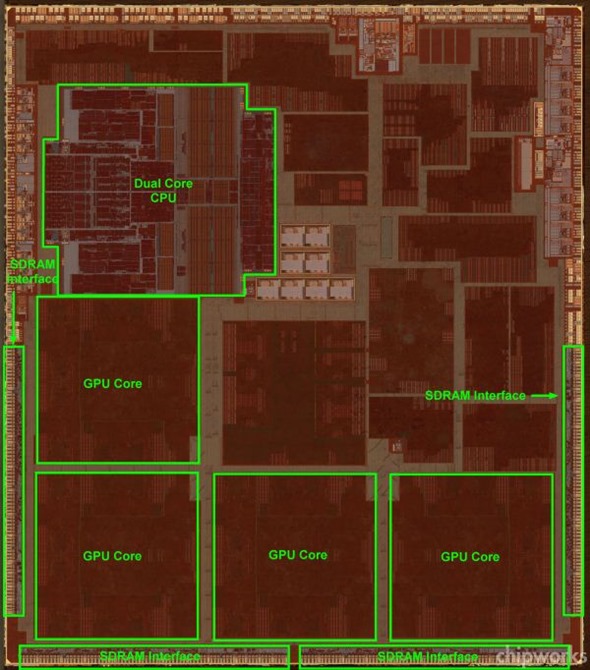 As somebody who loved the original PSP, I was a little disheartened when it finally hit me that it made no practical sense to carry around such a separate bulky device, but since getting into gaming on a tablet and smartphone, I’ve never looked back. Sure, there are lots of so-called "casual" games out there, but the benchmarks of the iPad 4 – and some of the high-end titles available to run on it – just go to show how capable these devices are becoming to the "true" gamer.