Apple’s Siri Remote has come in for some stick over the last few years and while the newly redesigned one does look and presumably perform better, it still has one big problem – not being able to find the thing when it inevitably disappears.

An AirTag would fix that, but you need some way of attaching it to the remote. What you need, is a 3D printer. 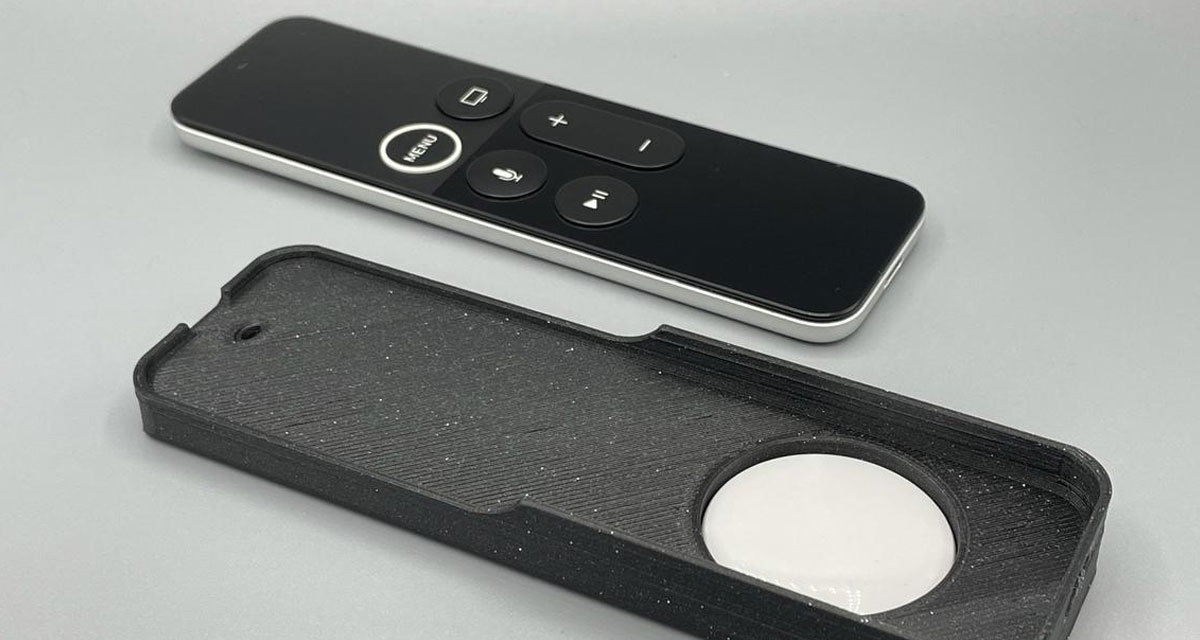 You can 3D print your very own case that is designed to hold the old Siri remote on one side and an AirTag on the other or, if you prefer, you can order a completed product from Etsy for around $13. That’s the route we’d probably take, but the folks at MacRumors went the DIY route and it sounds like there are actually two different versions of the case on offer.

We bought the STL file, which actually had two different remote options inside. There’s one that makes it easier to slide the remote in and out, and a second that’s more of a snap-on case. We preferred the former because it’s easy to remove the remote, but both work.

Sounds good, but what about actually using the thing? Turns out, it works great.

With both models, there’s a spot where the AirTag attaches at the back, leaving the Apple logo visible, and then the remote snaps on top. There are cutouts available for charging purposes, and there were no issues with the fit. It all lined up and worked as advertised.

This case obviously adds some bulk to the ‌Siri‌ remote since it’s thick enough to include an AirTag, but that’s probably a plus if you’re often losing the ‌Apple TV‌ remote.

At $59 it’s still amazing to us that Apple didn’t put an AirTag inside the new Siri Remote because, frankly, it needs one. Maybe that’ll come in the future and until then, we’re stuck with solutions like this.