Smartphones and tablets have a seemingly endless inventory of uses, and one of the more popular ones at this point in time is in design, image creation and the subsequent sharing thereof.

Instagram is a prime example of this. A simple app which allows users to snap, design and share whatever they like, has amassed in excess of 30million users, and, of course, was recently acquired by Facebook.

Understandably, developers are scrambling to get in on the act, and over the past year or two, we’ve seen many hundreds of apps allowing photo/design masterpieces to be shared via all the usual social outlets. Textgram, a free app for Android, allows you to enter text and morph it into a cool looking graffiti, after which you can then share with friends on Instagram, Facebook, Twitter, WhatsApp, etc. 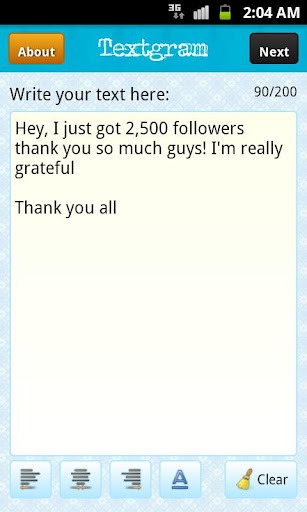 Similar to Tweegram, it will mainly help you fill a void in the Instagram network. For although, as already mentioned, it’s been a resounding success, it doesn’t really allow users to post their status, feelings, rants and the like, since it only allows images to be taken, modified and shared. Textgram allows you to create some aesthetically-pleasing stylized text in order for you to get your opinions and thoughts out there. 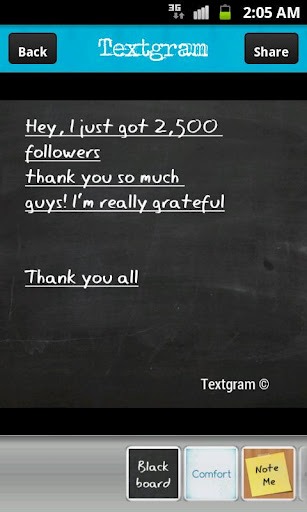 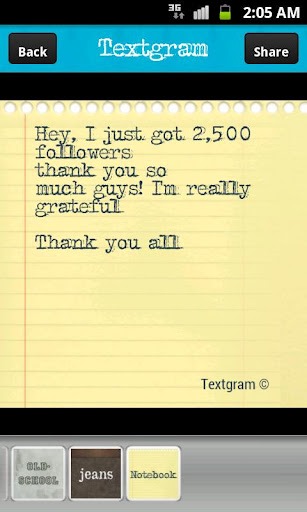 It’s absolutely free of charge, and available right now over at the Google Play Store. Recently updated, it has added support for emojis (you may recognize them as smileys or emoticons), giving your text some further emphasis.

If we’re being picky, there should probably be some rich text support, since some of us prefer to use bold or italic to make a point, as opposed to simply sticking an emoji on the end or overusing the CAPS or exclamation marks. Still, it does a pretty good job, and is being improved all the time. 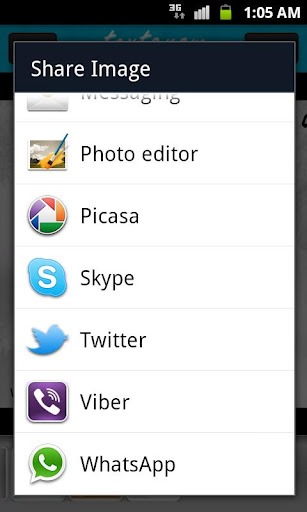 Developer codeadore appears to be listening to the requests of users, so if you find the app to be missing a feature or two, then do leave a comment on the Google Play Store page, and if it seems legitimate, there’s a good chance it will be included in future updates.