There have been rumors that Tesla had a new wireless phone charger in the works, with the Model S and Model X specifically targeted. We heard last week that a new FCC filing had been made and now we’ve gotten our first look at the results.

A new YouTube video shows a 2020 Tesla Model X parked up but with the new wireless charger installed. It appears to be built into the center console’s lid, so you need to have that open for the charging to work. It also borrows from the Model 3 in the fact that it isn’t hardwired into the car’s electrics. Instead, it simply plugs into a spare USB port. So if you were hoping to be able to charge an extra device thanks to the use of wireless charging, you’re going to be disappointed. 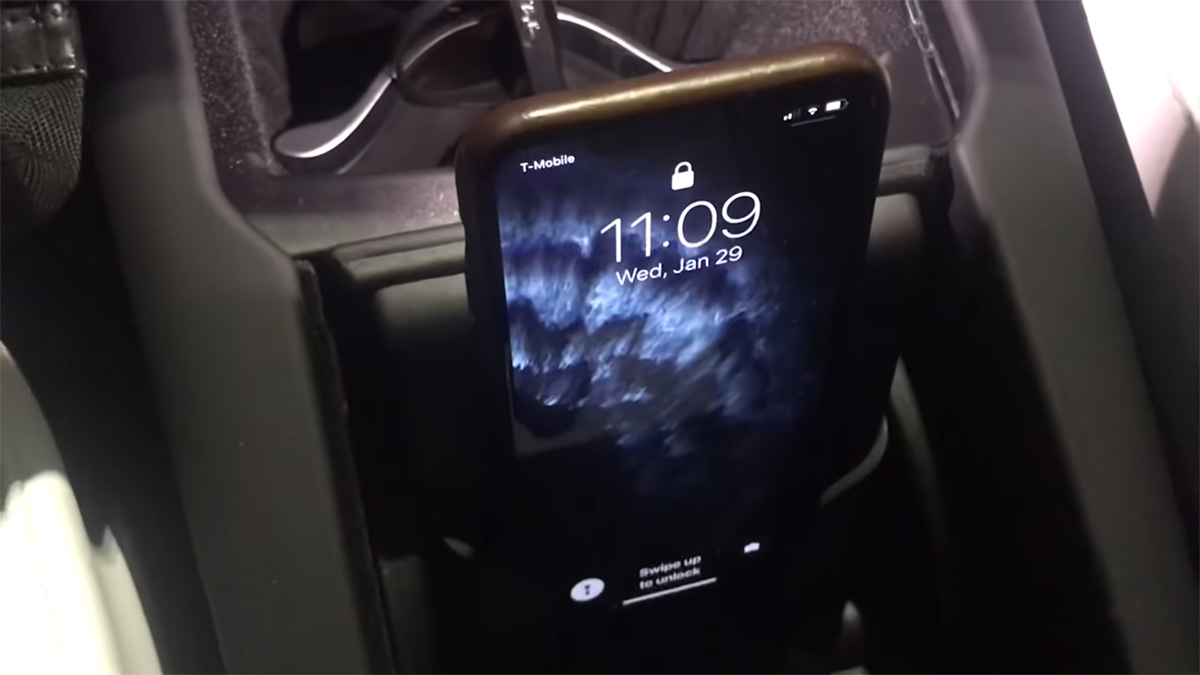 Unlike the Model 3 wireless charger, this one can only charge a single device at any given time. That’s probably fine for most people, but given the fact that it uses up a standard USB port, it would have been nice to gain a charging space as well.

From watching the video, we’re not sure how reliable this charger is going to be, though. The person doing the testing needs a couple of tries to seat the iPhone properly at one point. And while the phone is gripped in-place, it just doesn’t seem to create the same solid contact as a solution where the device is laid down to charge.