Here are ten iOS 10 features that Apple has discontinued in iOS 11 for iPhone, iPad and iPod touch devices. Here are the details.

We’re not quite at this stage yet, but the release of iOS 11 is ultimately going to mean that millions of device owners will be migrating away from iOS 10 across to iOS 11 when it’s publicly available later this year. While iOS 11 has introduced a ton of new features, some of the refinements in iOS 11 mean that a number of features from iOS 10 have been dropped for good. It’s worth mentioning that any of the features from the list below could be brought back at any time, but for now at least, we have a list of things removed by Apple. 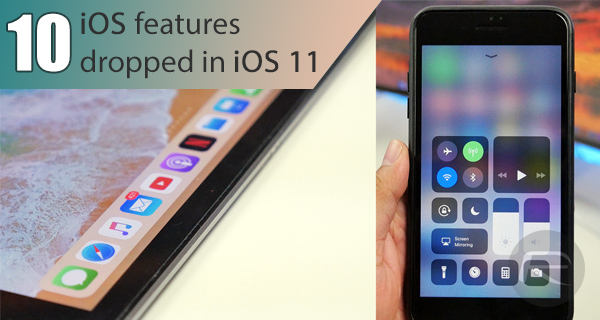 32-bit App Support: This one has been frequently talked about for quite some time, but Apple has officially dropped support for 32-bit apps with the release of iOS 11. This means that apps which haven’t been updated with 64-bit compatibility will not be available to iOS 11 devices. More information on that here: iOS 11 Compatible Apps: Apple Drops Compatibility For 32-bit Apps.

32-bit Device Support: With any major release of iOS, there are always device casualties. This means that Apple will generally cut devices out of the install process. Where iOS 11 is concerned, no 32-bit app support means that no 32-bit devices are capable of installing the iOS 11 firmware. More information on that here: iOS 11 Beta Compatibility For iPhone, iPad, iPod touch Devices. 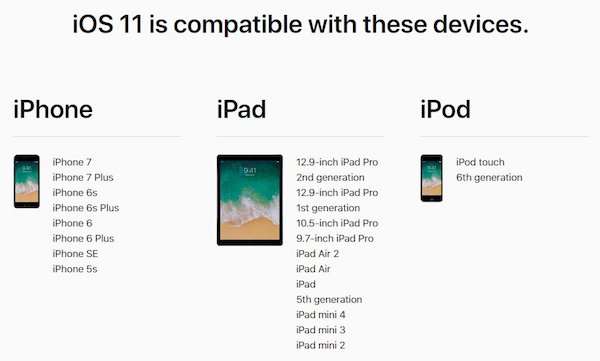 Search Bar for Purchased Apps in App Store: This one could actually be an initial iOS 11 beta bug as it seems like a strange move to remove it, but with the redesign of the App Store, it is no longer possible to search for apps in purchases section.

Double-Tap to Refresh App Store: This handy little feature in iOS 10 probably wasn’t used by most device owners, but for those who knew about it it was extremely handy. It’s now been entirely removed, but once again this could be an oversight as part of App Store design refresh, and could definitely form part of the known iOS 11 bugs list: iOS 11 Beta Bugs And Problems Discovered So Far [Running List].

iCloud Drive App: The shiny and relatively new iCloud Drive app is no longer on the devices with iOS 11 installed, and has been replaced by the new Files app. It’s gone, but there’s a more extensive replacement. 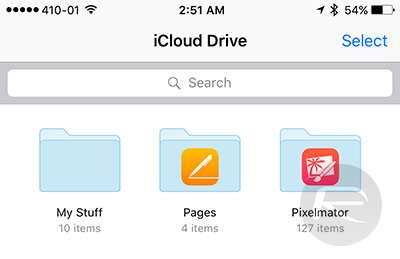 Native Social Network Integration: Apple had previously made it very easy to add a number of social networks such Facebook, Twitter, Vimeo, Flickr etc for sharing purposes directly through the Settings app. With iOS 11, this has been totally removed without any prior warning.

Two-Pane Today Widgets View on iPad: We aren’t exactly sure how many had actually realized that this had changed from iOS 9 to iOS 10, but it’s now back to a single-pane view exactly how it was in 2015 with the release of iOS 9.

Control Center With Multiple Panels: As presented at the opening WWDC keynote, the customizable Control Center has been put through what feels like an entire overhaul. It now resembles a Tetris board when you start adding more and more widgets in but gone are the multiple panels that you need to swipe through.

Ability to Dismiss Individual Notifications: This is another one of those ones that feel a little bit strange and could possibly be yet another oversight. Like or lump it, the ability to dismiss single notifications has now been removed.

Swipe Up on Apps in iPad App Switcher to Dismiss: We aren’t exactly sure if Apple is going to introduce something to replace this functionality but it’s now no longer possible to enter into the new app switcher on iPad and swipe up on backgrounded apps to entirely remove them from memory. It has been replaced by tap and hold gesture on the app in app switcher and then tapping on the ‘X’ button