Here are all the 150+ iOS 11 hidden or secret features that you may not know about as yet but should know about.

When Craig Federighi, Apple’s senior VP of Software Engineering, set foot on-stage at WWDC back in June this year, we all knew something good was on the horizon. And good it was, but now after a few months have past since that keynote, a lot of new and unknown iOS 11 features have come to the forefront. 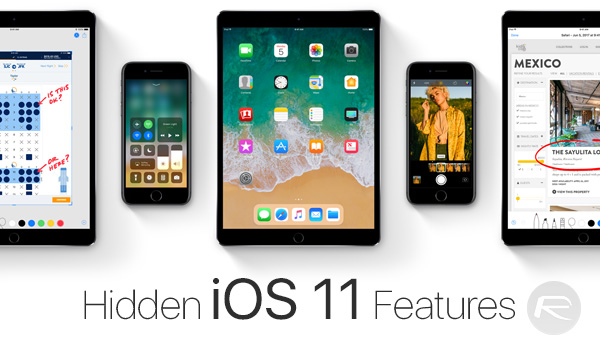 Apple’s focus during initial iOS 11 announcement was on some key new features that not only made for a good demonstration, but capture the imagination of those watching. But as a result of that, there were many changes in iOS 11 that Apple doesn’t tell us about, or at least didn’t make a big fuss of because while developers may had found them fascinating, the press and fans at home probably wouldn’t. The irony is obvious here, considering it was a developer conference, but that’s a conversation for a different time.

What we are going to do in this post is to give a voice to the little guy. We want to make sure everyone is heard, and no feature is left behind. For that reason, we have compiled a running – always updated list – of features that are part of iOS 11 but were not given stage time or got detailed by Apple. As we find more, we will add them, so be sure to check back regularly.