How To Disable Face ID / Touch ID In iOS 11 Quickly

Here’s how you can quickly disable Face ID or Touch ID in iOS 11 on your iPhone X or any other iPhone model.

Apple has received a ton of plaudits for its focus on security in its devices. That security has been enhanced in recent years with the addition of Touch ID, and now Face ID in iPhone X, but there are sometimes occasions when you simply find yourself in a situation where you need to disable both. Thankfully, with the introduction of iOS 11, Apple has brought this feature to all iPhone owners. 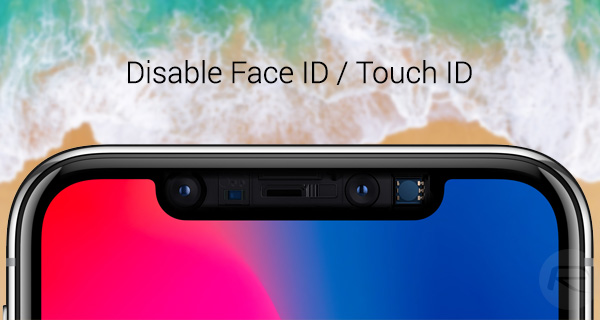 We hope this never actually happens to anyone, but there will inevitably be instances where malicious individuals may force another user to hand his or her iPhone over. Given the introduction of Face ID on iPhone X, there is a very real possibility that a device could be obtained and pointed at a user’s face to unlock it. Apple’s Craig Federighi has recently replied to this concern via email, and while you can always close your eyes in which instant Face ID wont authenticate your face, but it’s worth reiterating exactly what you can do if this, or a similar, situation occurs. And remember, the biometric Touch ID or Face ID will come right back into play when you want it to.

If you are feeling threatened and feel like someone may actually force you to place your finger on Touch ID or make you unlock your device through Face ID and want to disable them, then there are actually two ways to be able to do this.

And it really is as simple as that. Following either one of those two methods will mean that whatever biometric access is offered on the device will be removed until a validated user enters into a successful passcode. Once that has happened, the system goes back to normal.