Sputnik Eyes Is Apple’s Free App Of The Week For iPhone, iPad [$2 Value]

It’s that time of the week again where iPhone and iPad users get the chance to grab a paid iOS title absolutely free from the App Store. Apple’s Free App of the Week initiative is bringing us a brilliant puzzler this time around which usually retails for $1.99, and has shed its price tag for the first time since its release last year.

Called Sputnik Eyes, this particular title will put your logical processing through its paces as you try and move the characters (robots) into positions where they well and truly belong. This however must be done through pre-defined path lines, but with an array of elements that overlap each and every move you make, it’s easier said than done. 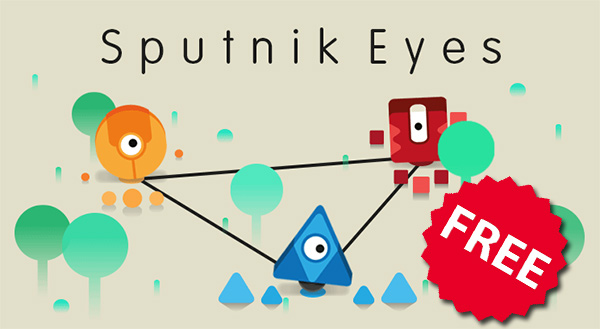 “Sputnik Eyes is a puzzle game that will take you on a journey across space,” and while there is not a shred of space like effect or physics involved, it’s the theme and background settings that make you want to believe that you’re actually navigating space, and in turn helping to explore planets by placing the ‘Eyes’ in their right places.

Use your logical thinking and help each of your robotic companions to reach its right-colored position – only then you can analyze a planet. But the positions are only reachable by a few paths….. 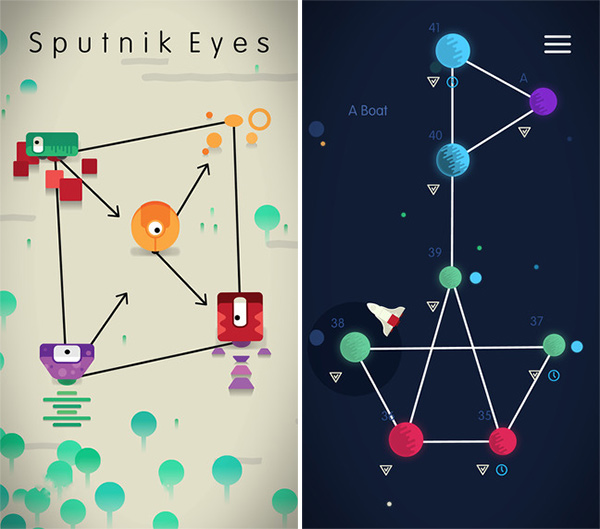 The idea is to help the ‘Eyes’ reach their matching colored positions, but with rules where paths are color exclusive and where robots cannot take up the same place on the board, you soon find yourself caught in a web of multiple possibilities out of which only one will lead to the completion of your space mission. The game is divided into chapters, which contains a total of 60 levels to keep you experimenting across your “journey through space.”

The visuals of Sputnik Eyes are truly spectacular, and you wouldn’t mind sticking to your iPhone or iPad staring into the beautiful flat and minimal artwork. These brilliant graphics are backed up by an amazing and original sound track which packs that peculiar cosmic theme to keep your concentration and sharpness at its peak. After all, exploring space and the planets you come across can be an exhausting endeavor.

(Download: Sputnik Eyes for iPhone and iPad from the App Store)