Historically speaking, watches have been a very personal thing for a lot of people across the globe. Each individual has different tastes, different needs, and appreciates different styles of wrist wear, which is immediately evident when you look at the varied nature of traditional timepieces. The smartwatch market may be growing at an impressive rate, but it’s generally accepted that they won’t become “the norm” until well-established watchmakers start releasing them. Watch maker Michael Kors has joined the growing number of companies embracing smartwatch tech by announcing a new Android Wear-powered smartwatch.

Michael Kors may not be thought of as a premium watch maker in the same league as of Rolex or Tag Heuer, as the company is more of an all-round fashion house or retail brand, but its range of male and female watches have becoming increasingly popular over the last few years. It now joins the likes of Nixon and Fossil in accepting that the future of the personal timepiece probably lies on the smarter end of the scale. 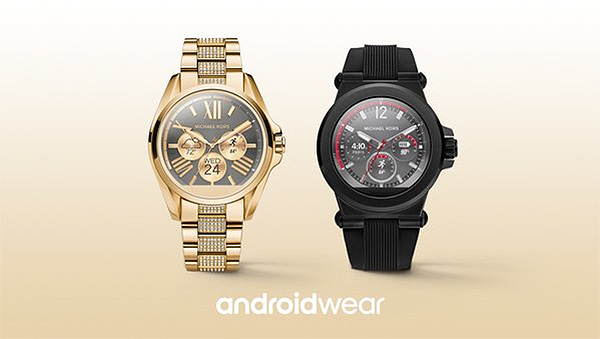 As such, the company has officially announced ‘Michael Kors Access’, two customizable timepieces that have the overall look and feel of a traditional watch. The company also points out that the Access is just the beginning, and that we can expect additional lineups to arrive. The difference here, which was the same when Tag Heuer officially announced its $1500 smartwatch, is that the traditional looking aesthetics will be backed up by the power of the Android Wear platform.

The Access line will initially offer “glamorous versions for women and sporty versions for men”. The former will exist as the more premium offering for those who want an expensive looking piece of kit. The sporty option will give users an option to save a little money with “interchangeable leather and silicone wristbands” to accompany the intelligent watch face.

The watches themselves aren’t really going to set any trends in the market for innovative design or visual appeal. It looks, like, well a watch, albeit it comes with the option to customize the screen with a range of exclusive watch faces. Michael Kors plans to release a range of these faces that will cater to all tastes, ranging from classy and elegant visuals, all the way to fitness-orientated displays that appeal to those who use a smartwatch predominantly as a fitness tracker. 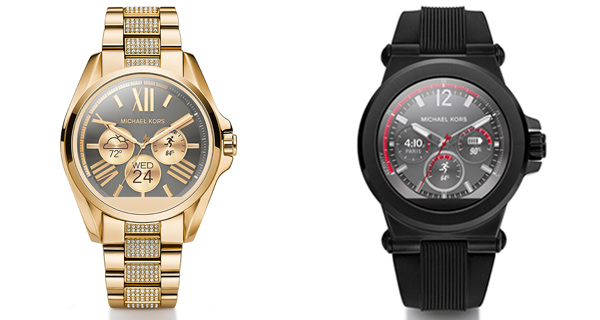 The Access range will be available this coming fall from Michael Kors stores, MichaelKors.com, and select department stores as well. Starting price of Access will be $395.