We don’t know why Apple insists on charging more for the Space Gray versions of its accessories but thankfully there are deals to be had to make things a little more reasonable. Amazon is currently offering the Space Gray Magic Trackpad 2 for $104.99.

Normally, that trackpad would set you back as much as $150 which makes this a very reasonable saving and one that you’ll want to jump all over if you are in the market for a gorgeous trackpad. 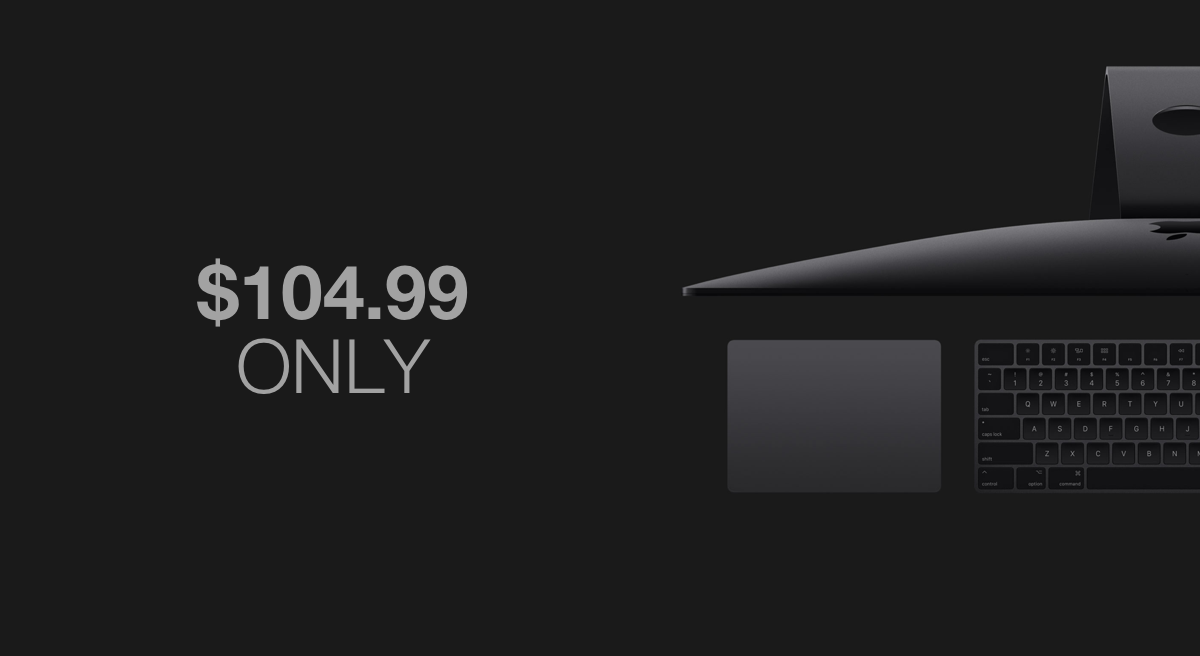 Redesigned and rechargeable, Magic Trackpad 2 includes a built-in battery and brings Force Touch to the desktop for the first time.
Four force sensors underneath the trackpad surface allow you to click anywhere, and detect subtle differences in the amount of pressure you apply, bringing increased functionality to your fingertips and enabling a deeper connection to your content.

The Space Gray and Silver Magic Trackpad 2 are identical beyond that color. So that means that you’re going to get the same four force sensors beneath the trackpad to tell it when you are pressing, and where. You’ll also get the same edge-to-edge glass surface that is just so nice to slide your fingers across, too.

Then there’s the same Bluetooth 4.0 connectivity as well as Lightning cable charging. Oh, and let’s not forget the fact that the trackpad pairs with your Mac at lightning speeds automatically. It’s all pretty amazing, and while there’s no suggesting this thing is cheap, it does somehow manage to be value for money.

And even though you’ll have the same mechanical bits and pieces as your friends who own the silver model, you’ll know the most important thing.

Yours looks even better than theirs and you didn’t have to break the bank to do it. Well done, you!