With Apple set to release iOS 12 next month with support for third-party navigation apps via CarPlay there has never been a better time to pick up an aftermarket receiver that is capable of accepting a CarPlay signal. Almost coincidentally, Sony has just announced a new version of its popular CarPlay-compatible receiver, the XAV-AX210 receiver.

If that model number sounds familiar it is because it is an updated version of the XAV-AX2000, the receiver that Sony has been selling for a year or so now. 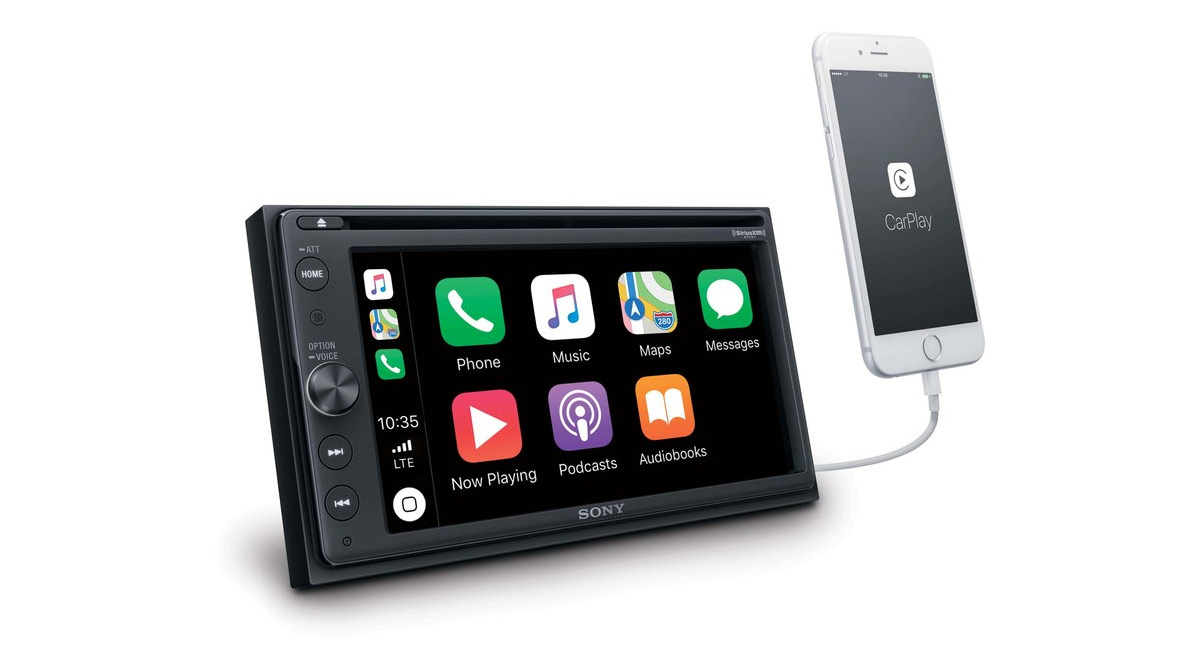 The refreshed version brings with it new support for iDatalink Maestro, amplifier functionality, and on-screen vehicle settings. This all works when the head unit is not in CarPlay mode, with Apple’s interface and software taking over when it is.

When you’re using the receiver you will have a 6.4-inch display to stare at and, importantly, stab away at with your meat stylus. We don’t yet know whether that touchscreen is capacitive or resistive, though. All of the other features are what you might expect from a device of this ilk which means you can expect hands-free calling with Bluetooth support as well as SiriusXM compatibility for listening to digital audio.

Those with cars that have rear-view cameras will also be pleased to know support for that is here too, as is a CD/DVD player for those who still carry around plastic platters. 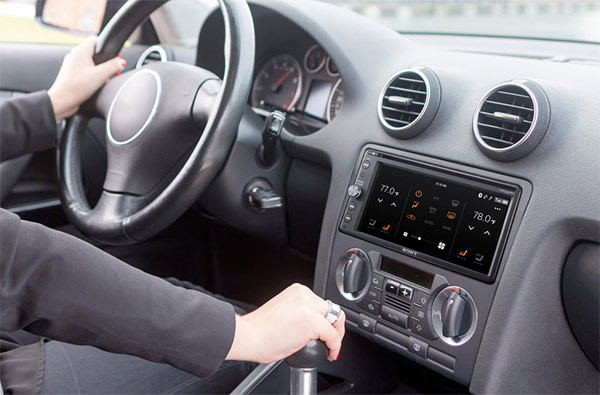 The bad news here is that this is a wired device, meaning anyone wanting to take advantage of CarPlay will have to plug their iPhone in via a Lightning cable in order to do so. That’s the only real downside here, with the XAV-AX210 set to go on sale in North America this fall.

Pricing hasn’t been confirmed, but the previous model is selling for anywhere between $399 and $499 depending on the configuration bought. We would expect similar pricing for the new, updated model, too.