While Apple has single-handedly brought legal digital music downloads to the masses with the iTunes Store, plenty of rivals have tried to get in on the act. None have come closer than Spotify, and while its monthly subscription-based, music “rental” service may not be suited to some, it has enjoyed a great deal of success across much of Europe, recently earning it a launch throughout America.

Sensing Spotify has struck gold, Sony is now launching its own iteration which, accompanied by a brand new app for iPhone, iPad and iPod touch users, has all the credentials one would expect from a freemium music service.

Much like Spotify, it allows users to stream music to an iOS device for free using the Basic plan, with the Premium subscription offering an altogether less constrained service. There’s a pretty expansive catalog to choose from, as well as an impressive range of channels which notice your tastes and listening patterns in an attempt to offer a tailored service, similar to the Genius playlists you might find within iTunes. 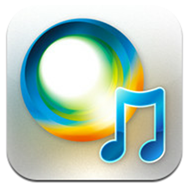 Those subscribing to the Basic service can select from any song song in their own personal library matched from their PC using the Music Sync – which is presumably a similar service to Apple’s iTunes Match service – while also gaining access to Basic Channels.

The Premium plan steps things up a notch, and in an attempt to entice, the service is free to test out for one month, and allows limitless streaming in an ad-free environment. It packs a plethora of other features, including the ability to check out recommendations and browse your own personal library with Music Sync.

In addition, premium users can also play any tune at the drop of a hat, thanks to the on-demand Music Unlimited service, which boasts millions of tracks to choose from. Sony states in its product description that it can only be used over a Wi-Fi connection, but of course, if you’re jailbroken, there are plenty of ways to circumvent this limitation, notably through My3G or 3GUnrestrictor.

New releases are added weekly, and with a great deal of influence within the music industry per se, it will be interesting to see whether Sony’s service can yield the same following as the likes of Spotify.

It’s free to download right now at the New Zealand App Store, and should trickle out to other countries as clock strikes twelve on 22nd May.