The infamous Apple Maps that the fruit company unveiled with iOS 6 has been under heavy fire during the time it has existed in the tech world, mainly for the wonderfully misleading directions that several users have reported over the course of their usage. However, are the elusive Maps going to redeem their misfortunate reputation by proving the existence of the Loch Ness Monster? Maybe so, if the images that two people discovered whilst using Apple Maps are to be believed, which show a mysterious shape in the water at the famous Loch that could be Nessie!

The picture, which shows this unexplained shape, was taken by a satellite up in the atmosphere when Apple Maps called on it for data. Apparently, the picture has been under study by the Official Loch Ness Monster Fan Club for the last six months, which has ruled out several possible explanations over the course of last half year and are excited that it might actually be the real deal. 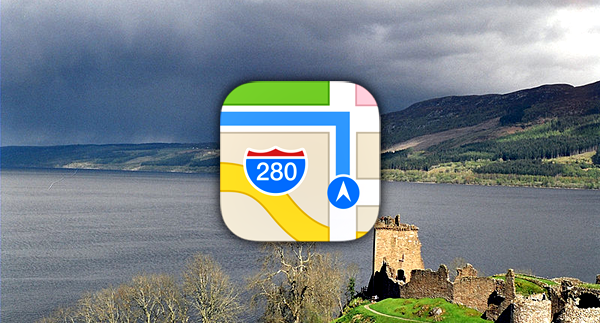 It’s to be noted that the Fan Club collects records of all alleged Loch Ness Monster sightings, and then tries to sort out reality from fabrication.

In the images that you’ll see following, the satellite actually captured not the monster, but rather, what could be the monster swimming underwater. It shows something under the Loch waters with two flippers sprouting from its sides, based on the water current distortion. The images were captured by Apple Maps just south of Dores, in the infamous waters of the Loch lake.

The creature also appears to be measuring 50ft in size, which makes it just smaller than a whale. But still, that’s huge! 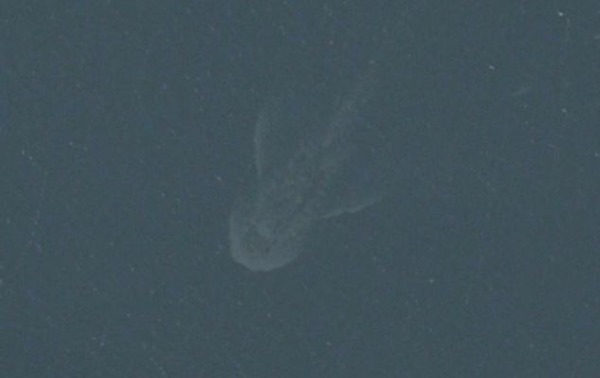 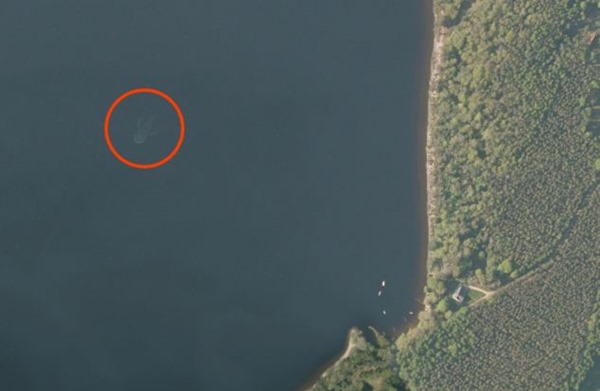 While the news in itself is quite fascinating, what’s more interesting is how it came to be discovered. Apple Maps have been under fire since the day they were born, and while the company has been working really hard to fix that, it doesn’t help much, considering that Google Maps is already a fantastic and working solution available. While such kind of “progress” doesn’t really say anything towards the Maps app being any better, publicity is always good, and maybe, just maybe, Apple will find itself thanking Nessie for being seen on its Maps app.