If there’s one thing that really annoys me after purchasing an expensive piece of tech it’s when the whole thing catches fire and renders itself useless. It’s so inconvenient. Granted, it doesn’t happen a lot, but if Sony’s recent product awareness announcement is anything to go by then it looks like the VAIO Fit 11A could be at risk of doing just that. Sony has apparently discovered that the batteries used within the hybrid could contain a serious fault that puts the product at risk of spontaneously catching fire without any prior warning.

Under normal circumstances an announcement of this nature could prove to be a bit of a public relations nightmare for the company involved. However, after releasing the product to a worldwide audience earlier in the year Sony has announced that just short of 26,000 Fit 11A’s have been snapped up by consumers. Not exactly the most successful product launch in the Japanese company’s history, but it does provide some solace in the fact that it only has to provide product recall notices for just over 26,000 customers.

Sony is yet to officially issue a formal recall notice for the product. Meaning that if you are one of the 497 Fit 11A users in the United States, one of the 7,158 in Europe, or one of the 3,619 in Japan then you can take this as a public service announcement: take the product off charge and stop using it until you hear from Sony. The faulty battery find comes at a very busy and inconvenient time for Sony as they look to finalize a deal that will see its PC division offloaded to the Japanese Investment Fund (JIP). However, support for the VAIO range of computers will continue after the takeover. 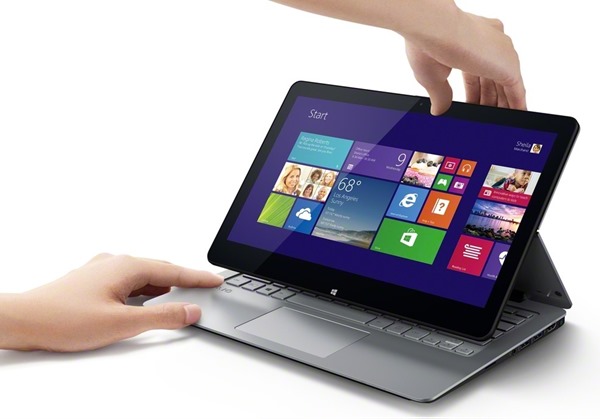 At the time of writing Sony had issued a very small statement confirming that the issue does exist but that the battery packs used within the Fit 11A were provided by a third-party company. As you would expect from a company of Sony’s size, customer safety and satisfaction appears to be at the forefront of its thoughts:

The safety of our customers is of the utmost importance, so we are advising those with affected models to switch off the unit and discontinue use.

If you’re a concerned Fit 11A user the advice is clear. Discontinue using your beloved product and wait for an official recall notice for further details.