With now just a few days now until Samsung is expected to launch its flagship Galaxy S IV device at a special event in New York City, we’re being treated to hourly barrages of leaks. In the latest, a bunch of screenshots purported to represent the eagerly-anticipated device have made their way onto the Web via GSMIsrael. Supposedly, the screenies originated from a U.S. (AT&T) Galaxy S IV, and were leaked by a "very reliable" source.

As you can see, the TouchWiz UI has been slightly altered, with the general appearance looking considerably brighter. The settings menu has also been tweaked, while the home screen notification bar is transparent.

The "eye scrolling" feature, which we first learned about late last week, also seems to be present under the name "Smart Scroll", and although these last-ditch rumors can easily wind up being fabricated, many seem convinced the scrolling feature will be the centerpiece of the new device. The screenshot attests to those earlier rumors that the handset will house the ability to detect the reader’s eye and automatically scroll a page down, and with the Korean company already offering a technically similar feature with Smart Stay, it’s certainly a plausible next step. 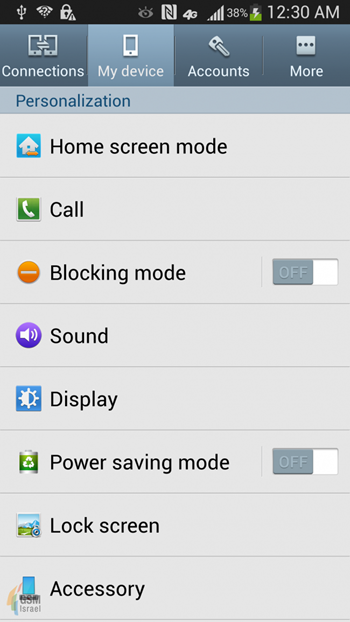 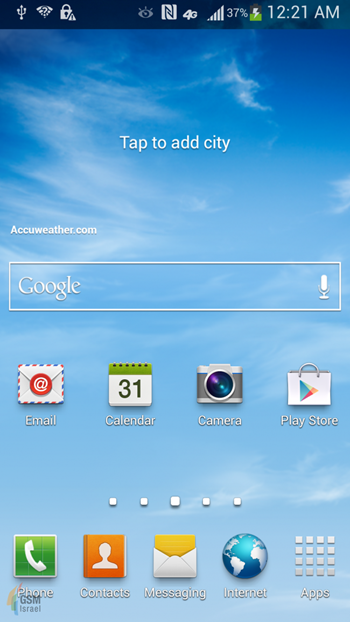 The screenshots also seem to confirm the 1.8GHz quad-core processor, a 5-inch 1080p display, and 13-megapixel camera. The source also corroborates the notion that Samsung will pack 2GB of RAM into the device, which should keep the buttery smooth Android 4.2 Jelly Bean ticking over nicely.

HTC has already thrown down the gauntlet by introducing the beautiful, high-end One device (which we got a brief chance to review at the launch event), and with Sony’s Xperia Z boasting a waterproof design, Samsung will need to impress the masses if it is to maintain its dominant current position in the smartphone arena. 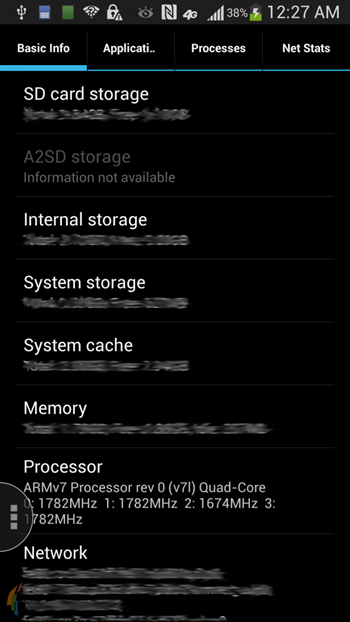 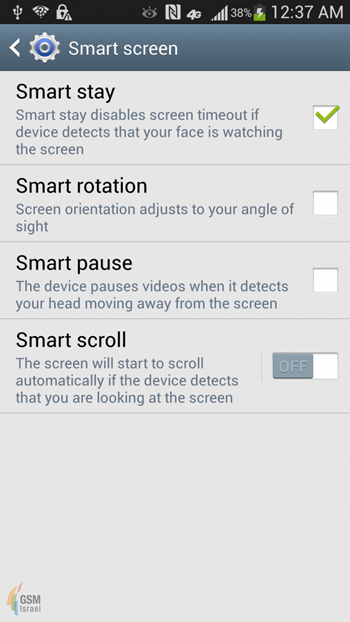 From what we’ve heard and seen, the Galaxy S IV will be a difficult one for those chasing Android rivals to keep up with.

We will of course be covering the Galaxy S IV event in its entirety on March 14th, so make sure you stay tuned to our round-the-clock coverage here at Redmond Pie! 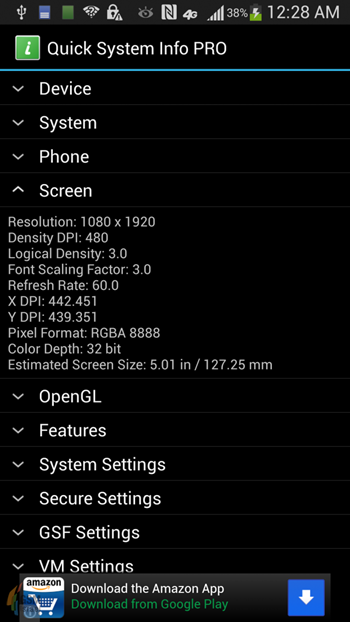 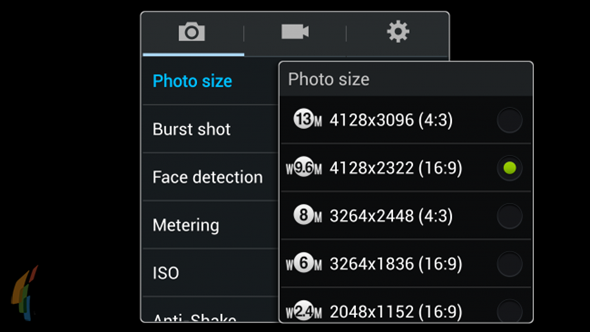