After years of waiting and concepts that have had us very excited, it’s finally here, or at least, it will be on September 10. Say hello to the Microsoft Surface Duo. 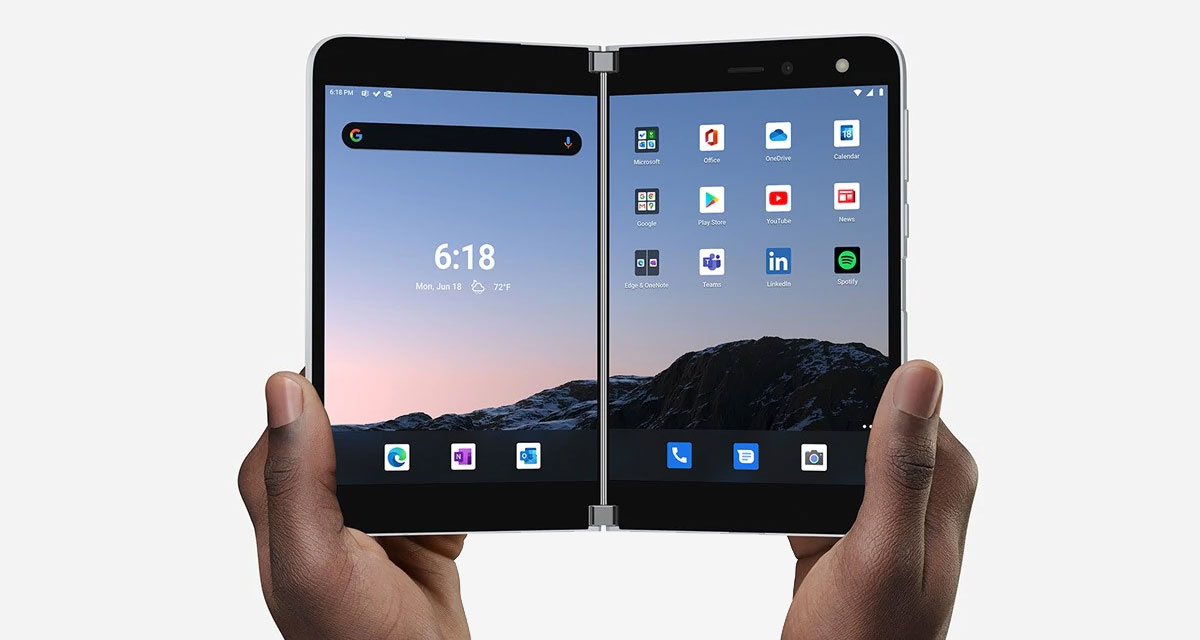 Pre-orders are now live for those who really want to get in on the foldable scene because, frankly, you’re going to need to be one of those people to even consider buying. It’s a costly device and one that will need to find a home.

As far as the device itself, Microsoft’s first Android phone has two 5.6-inch screens that, when opened up and combined make an 8.1-inch tablet.

There’s a hinge in the middle, of course, but it does look surprisingly good. Sure, it’s not a foldable screen but it also shouldn’t suffer from the same problems most other foldables do – namely, they break relatively easily.

When folded the device comes in at 9.6mm thick, which isn’t bad nor groundbreaking and there’s no doubting that it’s a looker. Sure, the bezels are large. But that’s probably to be expected at this stage.

Whether you’re pre-ordering in a frenzy or passing up on the Surface Duo, there are a couple of reasons to be interested here. The first is that form factor, one that could prove to be a better bet than a screen that folds. The other is the fact Microsoft is now running Android – something that opens the door to seeing some of its hardware chops put to better use than ever before.