It has already been confirmed that Samsung’s Unpacked 2014 event will occur at the opening of Mobile World Congress in a couple of weeks time, with the Korean company having already sent out the invitations last week. And while we’ve heard much about the device itself, including a recent benchmark leak that has all-but confirmed the existence of two very different versions of the Galaxy S5 handset, new leaked media has given us a flavor of a significantly-revamped TouchWiz interface.

TouchWiz, like HTC’s Sense, is a launcher applied by Samsung pre-market, bringing a range of additional apps and services otherwise not available with stock Android. Today, Samsung Tomorrow – one of the Galaxy maker’s many official outlets – has shown off a new TouchWiz icon set, with a prominent theme of “5” throughout. 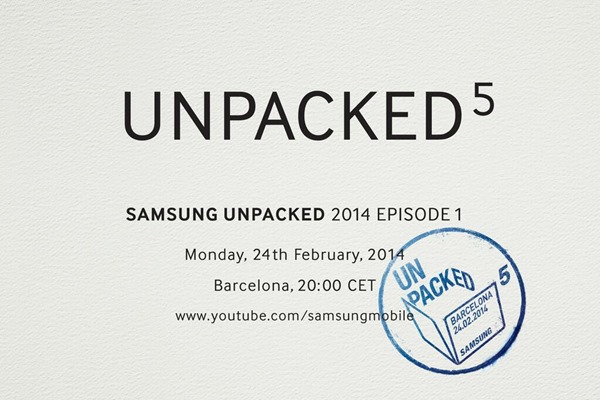 In fact, the text beneath the new, minimalistic, rounded icons outlines a specific theme or function to the power of five, and may suggest that Samsung is looking to take key aspects like Speed, Fun, Social, Style, Privacy, Fitness and Life and enhance them in unprecedented fashion – to the power of five.

The blog post over at Samsung Tomorrow was typically reserved regarding what the hail of fives actually represents, so we will have to wait until the Unpacked event later on this month before we can gather exactly what’s in store.

If these icons are anything to go by, though, we’ve much to look forward to as far as TouchWiz is concerned. We’ve heard on numerous occasions that the UI is set for a bit of an overhaul this time around, and with just two weeks now until the big reveal, let’s hope that we’re treated to one or two more leaks before that time. 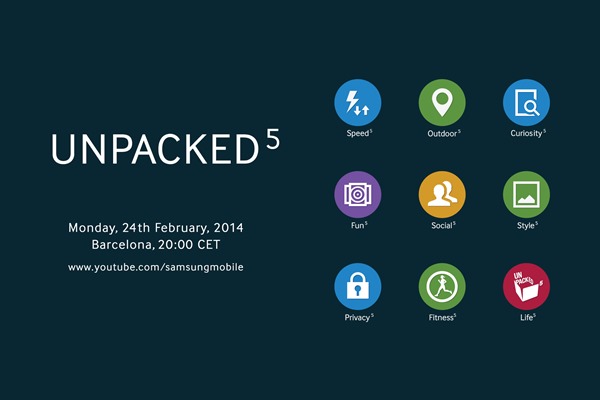 The Mobile World Congress is set to kick off on February 24th in Barcelona, running for a total of four days. We’re expecting plenty of rather significant announcements, including Nokia’s first Android smartphone, but with the Galaxy S series being the most popular of the high-end Android handsets, we’re really looking forward to seeing what Samsung has been keeping from us.

The Unpacked event will open the show, which runs from February 24th through the 27th, and we’ll be following proceedings very closely indeed, so be sure to stay tuned to our coverage here at Redmond Pie!