Apple may have struggled trying to get the AirPower charging pad out of the floor, but Samsung had no such trouble with its Wireless Charger Duo. Admittedly the two aren’t directly comparable, but you can pick the Samsung charger up right now for less than $50.

Normally selling for anything up to $100, the Samsung Wireless Charger Duo will set you back just $49.95 right now, which is a pretty sweet deal now matter how you slice it.

This charger gets its name from its ability to charge two devices at once whether those are iPhones, Android phones, Samsung’s phones, or its wearable Gear S3 smartwatch. There’s a stand for holding your phone upright, so you can keep tabs on its charging rate and any notifications that arrive, too. 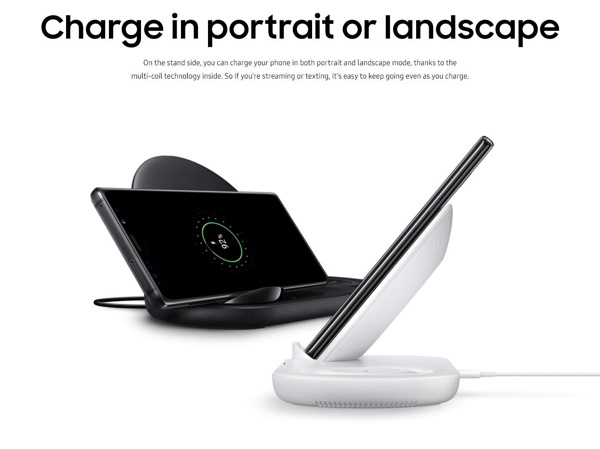 This is a hugely popular charger among those who have picked one up on Amazon, with more than 50o reviews garnering it a very reasonable 4-star rating. At around $100 this is a very costly charger, but if you can pick one up for less than half of that we don’t see where you can go wrong.

There are plenty of other wireless chargers around, but not many can charge multiple devices at the same time and of those, even fewer come with a brand name that you know you can trust. Get your order in soon, this price isn’t going to hang around forever.