Samsung has delighted its hardcore fanbase by posting a new video to its YouTube channel titled “Samsung Galaxy: Growing Up.”

And of course, as you might expect from Samsung, the company’s marketing department is showing no signs of growing up whatsoever, with the whole script and production of the advertisement designed to poke fun at Apple and its devices, especially the latest iPhone X. 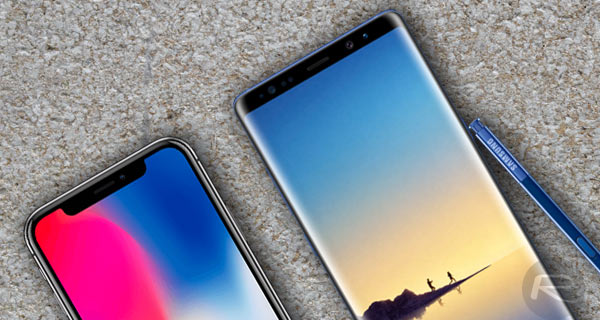 The new commercial for Samsung’s Galaxy devices follows the activities of a young gentleman as he purchases an iPhone over the course of ten years. That involves the man in question pretty much owning every Apple iPhone since the original launch back in 2007, with the video itself actually beginning at Apple’s iPhone launch a decade ago.

It then moves on to trying to point out all of the negative things associated with iPhone ownership, as imagined by Samsung, including not having enough storage on the device for capturing photographs, and even waiting in line to purchase a device in inclement weather conditions.

The whole 1-minute video is backed by Chyvonne Scott’s track “I’m Moving On,” which is particularly apt as the video shows the guy in question finally leaving Apple and the iPhone behind in favor of a move to Samsung’s hardware just as the iPhone X is about to launch. It seems that Samsung has thought long and hard about its own products, as well as iPhone X and the unbelievable praise that device is getting, and decided that it simply needs to try and belittle the hardware and Apple in order to promote its own wares. It’s actually a shame because Samsung’s devices are wonderfully powerful and highly enjoyable, and this type of promotional technique can devalue that experience.

Samsung is also using the 6-second commercial to ridicule iPhone X for not having any type of stylus support, as well as the fact that users still need to have a dongle in place to use headphones due to Apple’s iPhones no longer supporting the 3.5mm headphone jack since last year. Samsung even takes the opportunity to kick the iPhone X “notch” where it hurts by showing the main character choosing a Galaxy device over iPhone and walking past an individual with a notched haircut.

Now if only Samsung had tried to make it fairer by showing all the things that it had copied from Apple and other competitor’s products over the years, as well as the whole exploding Note 7 fiasco, malware issues, lack of quick software updates etc. etc. Samsung must be really worried of the hype iPhone X is generating to come up with an ad like this which shows nothing more than its insecurity. The company is known for coming up with things like this though so it’s not exactly surprising either.

Check out the video for yourself and see what you think. Does this type of promotional campaign resonate with you and make you consider moving to Samsung?