Samsung Is Back With More Apple Mockery In New ‘It’s Not A Phone, It’s A Galaxy’ Ad

Samsung has launched a new ad campaign that not only attempts to turn the current hype surrounding the iPhone 6s to its own advantage, but that also mocks Apple’s now popular “If it’s not an iPhone, it’s not an iPhone” tagline.

The thirty-second long video features an app-centric hip-hop soundtrack over the top of a number of new Samsung Galaxy handsets being brought in and out of view by hands belonging to anonymous individuals, followed up by a dead iPhone being placed on its wireless charging pad that doesn’t charge wirelessly. 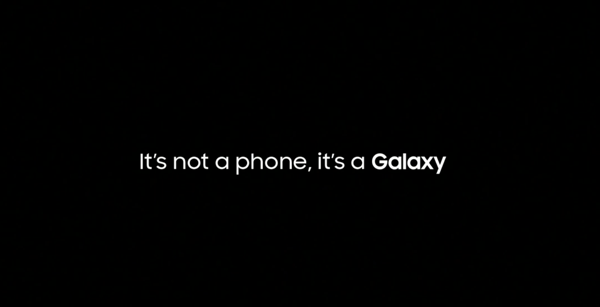 The wording that accompanies the video as part of the metadata clearly tells us that Samsung is keen to let consumers around the world know that its Galaxy Note 5 and Galaxy S6 Edge+ smartphones, or phablets as some prefer to call them, offer something that Apple’s newest iPhone doesn’t; wireless charging.

The video is then finished off with the slogan “It’s not a phone, it’s a Galaxy”, which can only mean one thing; Samsung is devoid of advertising ideas and once again chooses to fire back at Apple by playing on the Cupertino-based company’s own wording. You may remember that Apple recently released a series of videos that advertised its own smartphone offering that all finished with the tagline “If it’s not an iPhone, it’s not an iPhone”. Samsung seems to have derived motivation from those commercials.

Even if the Samsung marketing tactics are shameful, they have a point to make in this one. What do you think?