Samsung has now finally taken the wraps off the Galaxy Tab S6 tablet, a high-end device that is designed to compete with the iPad Pro and Surface Pro.

It’s aimed at those looking for a tablet that can be used for both work and entertainment, and comes with its own stylus (S Pen) included in the box. 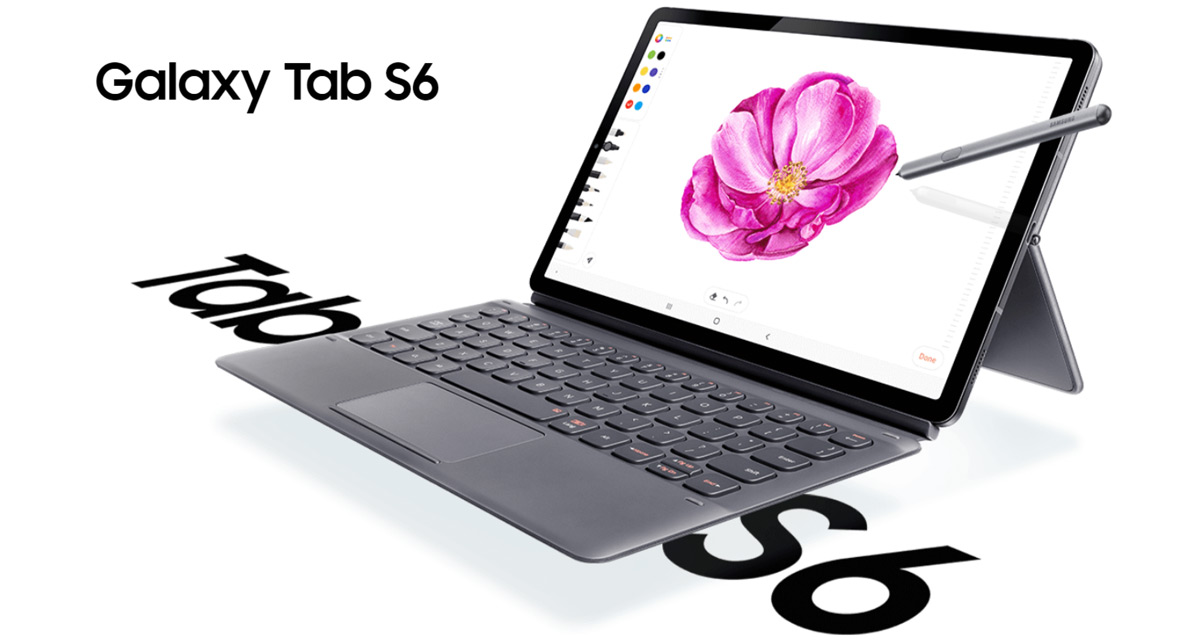 This new tablet is undoubtedly Samsung’s new flagship tablet and includes a 16:10 10.5-inch display with a 2560×1600 resolution. The bezels are small and the whole thing looks very similar to an iPad Pro; something that might not be all that shocking to many.

Samsung is also including an optical fingerprint sensor embedded under the display, bringing it up at par with modern Android smartphones. How well does this perform though, we’ll have to wait and see. 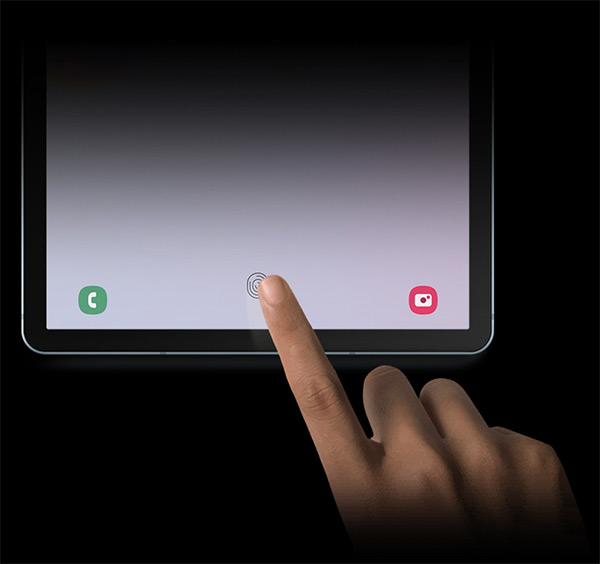 At just 5.7mm thin and weighing around 15 ounces, this is a thin and light affair. Similar to the iPad Pro it also sports four speakers for improved audio performance, too.

The rest of the internals of note include a 7,040mAh battery and a Snapdragon 855 CPU. If you plan to take photos with your Tab S6 then you can use the dual lens setup around the back. That includes a 123-degree wide angle lens alongside a standard one. 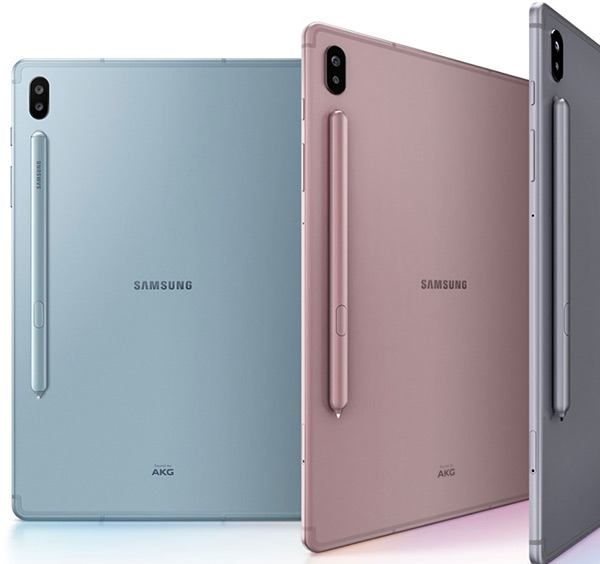 Productivity is one angle the Tab S6 is trying to take and you can buy a $179 keyboard to go with it, which can also put the tablet in DeX mode. You can can also get DeX mode by connecting the Tab S6 to an external display via the USB-C port, which as you may already have guessed, also takes care of the charging, so if you’re carrying around chargers for Android phones, you’re probably good to go already.

As for the colors, you have Cloud Blue, Rose Blush, and Mountain Grey.

Check out the complete spec sheet for the Galaxy Tab S6 below: