Insider news from China is suggesting that Samsung has ditched an early Galaxy S9 prototype which included a screen-to-body ratio of over 90-percent. The early working prototype was said to carry on where the Galaxy S8 left off but with the introduction of even smaller bezels. It now appears that Samsung is going in a slightly different direction.

The embedded images give an immediate example of the differences between the device that was believed Samsung would go to market with during the second quarter of 2018, and the device that is now believed will represent the actual Galaxy S9 at launch.

Both devices look largely similar but with the early S9 prototype making significant efforts to reduce the bottom chin bezel when compared to Galaxy S8 and S8+ design. The device which Samsung is likely to go to market with now has what appears to be the same bezels on the top, bottom and sides of the Super AMOLED display as it was with Galaxy S8.

If accurate, the new design would give a screen-to-body ratio of approximately 85-percent, which is largely similar to Samsung’s Galaxy S8 and S8+. Although the physical form of the speculated device will largely be similar to Samsung’s current Galaxy flagship as can be seen in the image below where the corners aren’t as rounded as those found on its predecessor, coming complete with a more blocked designed that’s in line with what’s being offered with the Galaxy Note 8.

There’s no suggestion that the display will have an embedded fingerprint reader either, suggesting that once again Samsung will opt for the rear-mounted solution it has favored in the past. 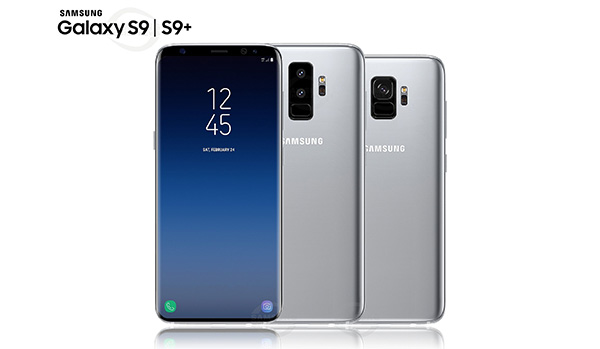 Galaxy S9 rumored design that is now said to have been scrapped. 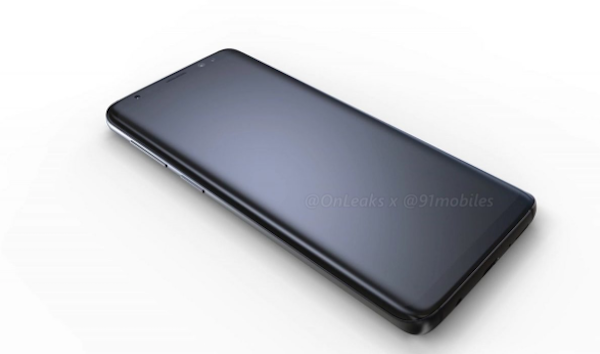 Galaxy S9 is expected to look like Galaxy S8 as shown here.

Similar to how Apple, and other companies, approach device design in some years, the Galaxy S9 looks very much likely to be an incremental update to the Galaxy range. Samsung is rumored to be planning something a bit more significant in 2019 with the release of the Galaxy S10, which is where we might get the first glimpse of the Face ID-competitor that many have said the company is working on.

Until then, the S9 still looks like a gorgeous handset, and if Samsung’s pedigree is anything to go by, then the S9 is likely to be one of the most popular handsets of next year.