Having just released the Galaxy S4, you might have forgiven Samsung for resting on its laurels, but the South Korean electronics manufacturer is already reportedly preparing a number of spin-off devices. As well as a ruggedized model and a miniature version akin to the Galaxy S III mini, a recent report also alluded to a camera-centric Galaxy S4 Zoom, and today, we’re hearing that the device will live up to its name by packing in an incredible 10x optical zoom.

Samsung has long since been interested in developing products for the photography industry, as demonstrated by the release of the Samsung Galaxy Camera last year. Since that particular venture didn’t really kick-start a flurry of Android-powered camera sales, the company looks to be taking a different angle this time around.

The news of 10x optical zoom will certainly appease wannabe photography aficionados, and has been one feature in particular that camera enthusiasts have pined for in a smartphone since the beginning. The scoop arrives courtesy of Russian analyst Dmitry Ryabinin, and although the aforementioned Galaxy Camera did boast 21x optical zoom, it wasn’t actually a smartphone, and if Samsung can pack these professional features into an S4-sized package, it will be an impressive feat of engineering and design. 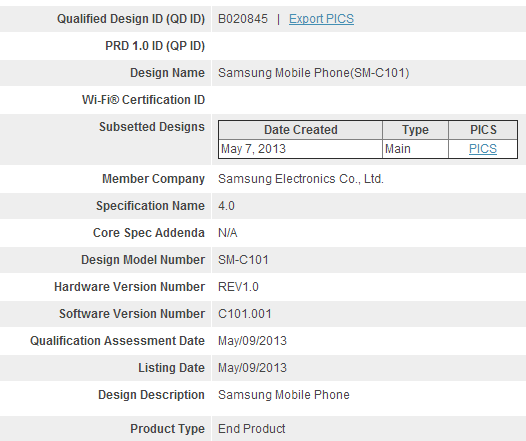 Word on the street is that the Galaxy S4 Zoom will be available from the middle of next month, and with details of the device having also shown up at Bluetooth SIG, we may not have to wait for too long to see just what Samsung has been up to.

There’s no doubt that camera technologies and software have benefitted greatly from the smartphone boom, and with even some experienced photographers finding uses for their pocket devices when out and about taking photos, it may not be long before the iPhones and the Galaxy S4s of the world start to emulate DSLR standards.

Certainly, the 16-megapixel Galaxy S4 Zoom would be one giant leap towards that particular goal, and we will be keeping our eyes peeled for any further details, so stay tuned!

In the meantime, would you consider buying the Galaxy S4 Zoom for its image-snapping credentials? Or do you place other features of a smartphone higher than the camera? Please of share your thoughts below!

(Source: Bluetooth.org) Thanks, Monis for sending this in!