Samsung has thrown a launch party in New York City for its latest tablet release, the Galaxy Note 10.1. As is always the case with glitzy events like this, there were plenty of B-list celebrities and models in attendance, with Kate Upton amongst other in attendance.

As is to be expected, photos have begun circulating around the internet of the Samsung event and, understandably, Kate Upton features in one or two of them. The problem is, eagle-eyed tech fans have noticed that there is one itsy bitsy problem – one photo of Upton shows her white iPhone 4 or 4S, clear as day, all shiny and stuff. 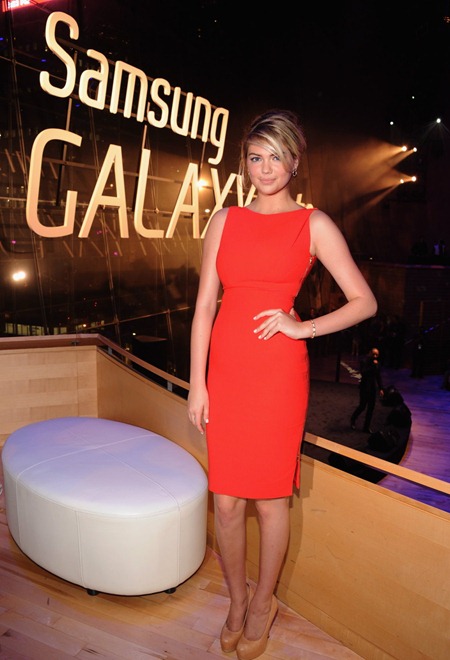 Now obviously this doesn’t mean a great deal in the scheme of things, and Samsung’s bigwigs probably don’t care one jot what smartphone a random model uses, even if she happens to be photographed with Samsung’s logo plastered all over the wall behind her. Other than being mildly amusing for those of us in the tech world, we doubt anyone will even notice.

What’s interesting though is that anyone even noticed in the first place. The images cropped up on a celeb. spotting website and have since been picked up by the likes of Jim Dalrymple. The internet seems very pleased with itself that a party-goer at a Samsung event happens to own an Apple product. They seem to think that it’s one in the eye for those iPhone copying Apple wannabes. In reality, it’s nothing of the sort. 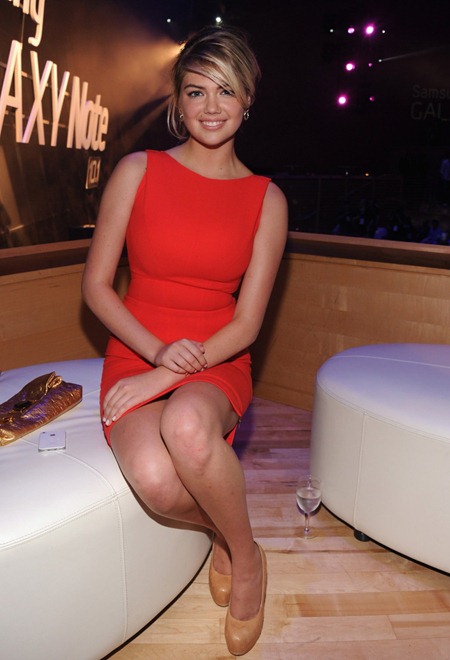 With Apple and Samsung currently dragging each other through any court that is willing to have them, and the diehard iPhone and Android fans all too eager to take pot shots at each other, should the tech world in general really be stooping so low as to point out someone has an iPhone at a Samsung event? Really?

Once was a time that kids grew up and poked fun at each other based on the football team they followed, or the cars they liked. Nowadays, owning a smartphone is akin to being part of a gang, with anyone packing a different brand instantly becoming the enemy. A cursory glance at any social network, be it Facebook, Twitter or Google+, will show just how eager both sides of the divide are to wage war on the other. Remember, this is a smartphone, not a life ch0ice.

Unfortunately, this battle between "iSheep" and "Phandroids" seems to be here to stay. That’s fine, but as the tech press, can we not rise above it and admit that great tech is great tech?

Maybe we should grow up? Just a little, not too much!