Samsung Does It Again: Copies Apple For Its Own Design Video

If you take a look back over some of the decisions made internally at Samsung over the last few years it’s extremely difficult to argue in favour of the integrity of its design department. We will never truly know if the decision to blatantly copy the visuals of numerous Apple devices is made at the top of the corporate food-chain and then passed down to the individual departments, or if the design teams are so lacking in individuality that they take the easy option, but what we do know is that if this latest Galaxy S6 video is anything to go by the trend has managed to infiltrate the company’s marketing departments as well.

Apple and emotionally captivating marketing videos have become synonymous with one another over the last few years. By working closely and developing a fantastic relationship with its advertising partners Apple has been able to consistently produce marketing campaigns and manufacturing videos that not only perfectly represent the Apple brand, but also manages to invoke an emotional response with its intended demographic. Samsung on the other hand has never had that luxury, so what do you do if you can’t beat them and you’ve already tried joining them? You copy them, of course.

To the untrained eye Samsung’s latest video – “Designing Possible – Samsung Galaxy S6 edge” – just looks like a fairly decent attempt at promoting the visuals, aesthetics and beauty of its latest Galaxy S6 hardware. However, to anyone who has taken the time to watch an Apple marketing video, especially the company’s latest “Apple Watch Edition – Gold” reel, that walks us through the process of how the premium Apple Watch is built, it’s immediately evident that Samsung has once again taken more than a little inspiration from its bitter California based rivals. 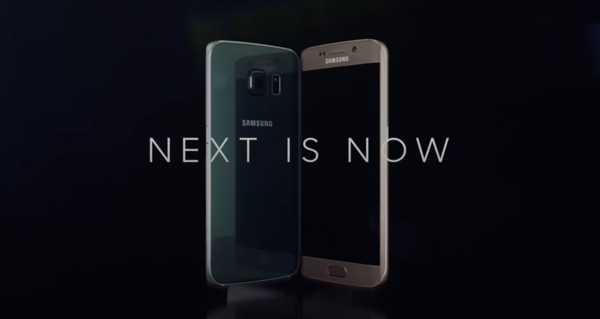 Samsung is a company that only seems to care about being commercially successful. There’s normally not a great deal wrong with that kind of mentality, as after all, that’s what businesses exist for. With that said, the desire and passion to be successful seems to come with a blatant disregard for individuality and innovation as it has shown time and time again it’s more than happy to not only copy the design of Apple hardware, but also to attempt to capture the familiarity of Jony Ive’s voiceover work by introducing a random British accent into its videos. The style may be the same, but as usual, the execution is miles away.